Kiese Laymon, the renowned Black Southern writer and the Libbie Shearn Moody Professor of Creative Writing and English in the School of Humanities, in... 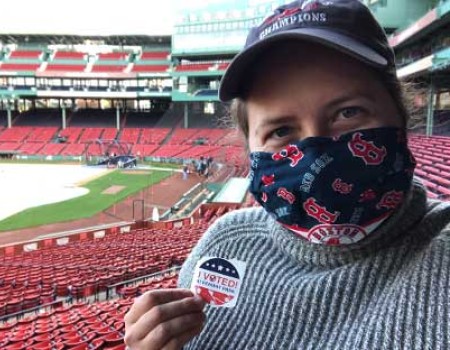 Sports teams across America scored a victory with voters in 2020 when their stadiums did double duty as polling places, according to a new study condu... 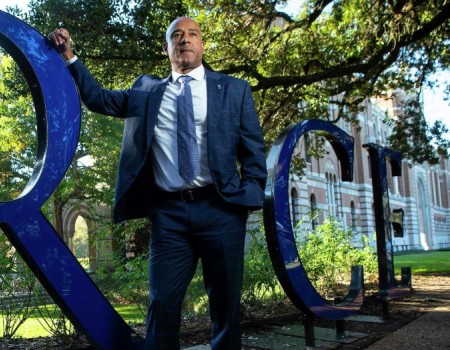 Rice has again embarked on its annual campaign to raise support for its partner in philanthropy, United Way of Greater Houston, which works to move pe...

The Baker Institute’s Center for the United States and Mexico is hosting Tran Dang, founder and executive director of The Rhizome Center for Migrants ... 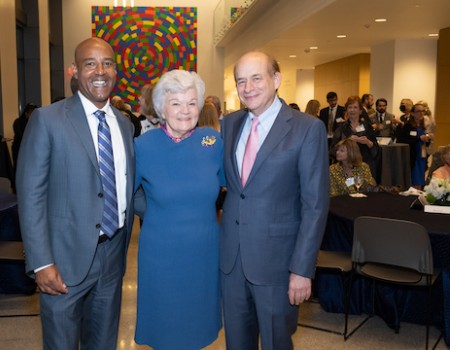 Glasscock School celebrates 55 years of sharing Rice with the community

The Glasscock School and Rice leaders celebrated 55 years with a Sept. 22 party at the Anderson-Clarke Center....

A new $50 million grant from the Kinder Foundation will empower Rice University’s Kinder Institute for Urban Research as it focuses on a bold vision f... 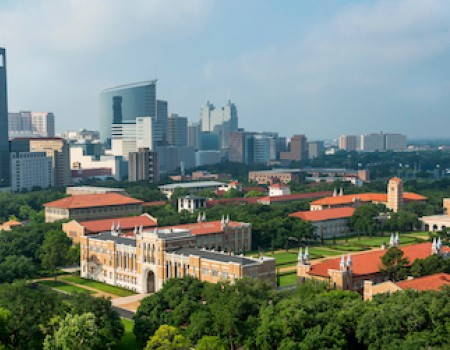 A few weeks prior to Rice’s weeklong new student orientation, dozens of incoming Owls took time out of their summers to immerse themselves in the city of Houston and the social justice issues local advocates are striving to address through the Civic Immersion program, one of the flagships of the university’s Center for Civic Leadership (CCL).

A new album from longtime piano-cello duo Jeanne Kierman Fischer and Norman Fischer, both professors at Rice University’s Shepherd School of Music, commemorates the 50th anniversary of the twosome performing together with music expressing the pain of loss and the hope for a better tomorrow.

Rice earns an “A+” grade and ranks as one of the nation’s top 10 universities in the latest ratings of American colleges compiled by Niche.

Rice’s Liu Idea Lab for Innovation and Entrepreneurship (Lilie) is hosting a Festival of Innovation, Entrepreneurship, Science, Technology and Art (FIESTA) Aug. 29-Sept. 1 to showcase its work, resources and capabilities.

Kirsten Ostherr — the Gladys Louise Fox Professor and Chair of the Department of English, and director of both Rice’s medical humanities program and the Medical Futures Lab — was invited by the U.S. Embassy in Berlin to give a lecture July 13 at the Benjamin Franklin campus of the city’s Charité hospital, one of the largest university hospitals in Europe.

An international initiative this summer gave Rice undergraduates an opportunity to meet with students from Mexican and American universities to promote collaborative, multidisciplinary research on issues critical to the relationship between the two countries.

A new class of molecular motors triggered by visible light kills harmful bacteria by generating reactive oxygen species. The new strategy could be a weapon against antibiotic-resistant bacteria.

Powering an ‘arm’ with air could be mighty handy

Rice bioengineers have created the first tool for observing the real-time activity of biology’s most ubiquitous signal-processing circuits.

Rice-led research published in Science offers a clear picture of the consequences of land mammal declines on food webs.

Jamey Rootes, longtime president of the Houston Texans who was recently appointed to head the Hutchinson Leadership Initiative in Sport Analytics in Rice's Department of Sport Management, died Aug 21. He was 56.

On the third day of O-Week 2022, Rice’s incoming class flocked to Tudor Fieldhouse for the Rice Rally, a pep rally to introduce new Owls to Rice athletics.