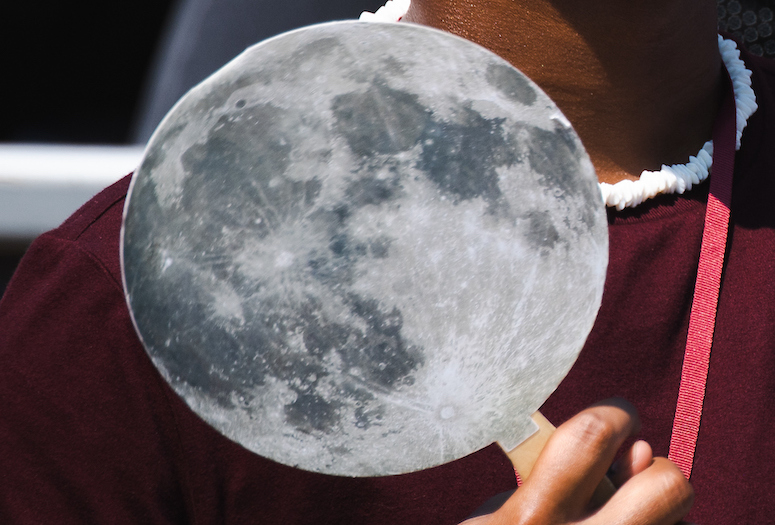 One after another, speakers at the 60th anniversary celebration of John F. Kennedy’s “moon” speech at Rice Stadium quoted the president’s famous line:

And NASA administrator and former astronaut Bill Nelson made the point stick.

“He understood we still had to make major scientific and societal advances, but he also sensed something else: our country’s can-do spirit,” Nelson said. “It’s a spirit that drives us to make the impossible possible. And 60 years ago, we came together to do just that.”

Nelson delivered the keynote speech at the stadium on Sept. 12, telling well over 4,000 Houston students and a crowd including members of the Rice community, local dignitaries and even some who were present for Kennedy’s original speech how NASA is following up on the promise of Apollo.

He and many of the speakers who followed, including Houston Mayor Sylvester Turner, elected officials and other space flight veterans — Rice alumna Shannon Walker among them — referred to the students as the “Artemis generation,” the people who will carry the United States on to the moon and, eventually, Mars.

Rice President Reginald DesRoches kicked off the event that featured NASA films, greetings from the JFK Library in Boston and from astronauts aboard the International Space Station (ISS), as well as a performance by the Marching Owl Band.

“Kennedy had established the goal of landing astronauts on the moon more than a year earlier in a joint session of Congress, but it was the challenge he issued at Rice that put the space race into overdrive,” he said.

Nelson said the speech put the space program at the forefront of the nation’s consciousness and “galvanized the historic effort that we are now the stewards of. We must never stop daring to take the next moonshot.”

In recognition of the day’s significance, Nelson noted President Joe Biden delivering his own “cancer moonshot” speech at the Kennedy Library on the same day. “Moonshots don’t just happen at the end of the cosmos, but also here on Earth,” Nelson said.

“Today in Space City, a new generation, the Artemis generation, stands ready to return humanity to the moon and then to take us farther than ever before, to Mars.

Few fired up the students as well as Congressman Al Green, who represents Texas’ 9th district. “Nearly two years after his inaugural address, President Kennedy reduced the impossible to the difficult,” he said. “And the difficult, he reduced to a matter of choice.

“What he said about going to the moon was something that young people across the width and breadth of this country took to heart,” Green said. “They decided they wanted to do the difficult things.”

NASA Associate Administrator Bob Cabana, who flew four space shuttle missions, including the first to assemble the ISS, noted that those in the audience younger than 21 had never known a time when humans were not in space.

“For their entire lives, people have been living and working aboard the International Space Station,” he said. “For them, humanity as a space-faring species is just a part of what we do.

“I like to watch it pass over and know that my friends are out there, advancing technologies we need for the new Artemis missions,” Cabana said.