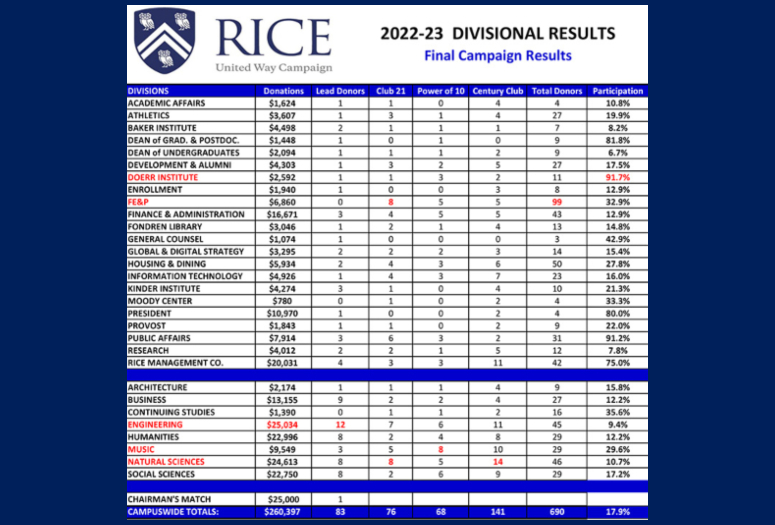 During a Dec. 5 reception at the Faculty Club, the campaign's leaders announced the drive had already surpassed its $250,000 goal.

At that event, Rice presented a ceremonial check to United Way of Greater Houston President and CEO Amanda McMillian, but members of the university's faculty and staff continued donating to the effort through Jan. 16.

The George R. Brown School of Engineering raised more money than any other school or department, with a total of $25,034. The Department of Facilities Engineering and Planning had 99 total donors among its ranks, the most on campus. The Doerr Institute for New Leaders reached the highest level of participation at 91.7%.

Rice Board of Trustees Chairman Rob Ladd matched all pledge increases from past contributors and full donation amounts from new donors to the campaign.

"I want to thank all of our colleagues who have worked so hard, given so generously and made this campaign a success,” faculty chair Doug Natelson said during the annual check presentation. “It's been a privilege to be part of something that does so much good for the Houston-area community." 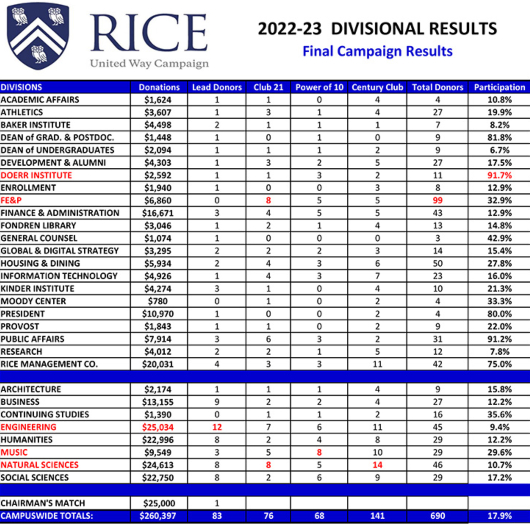