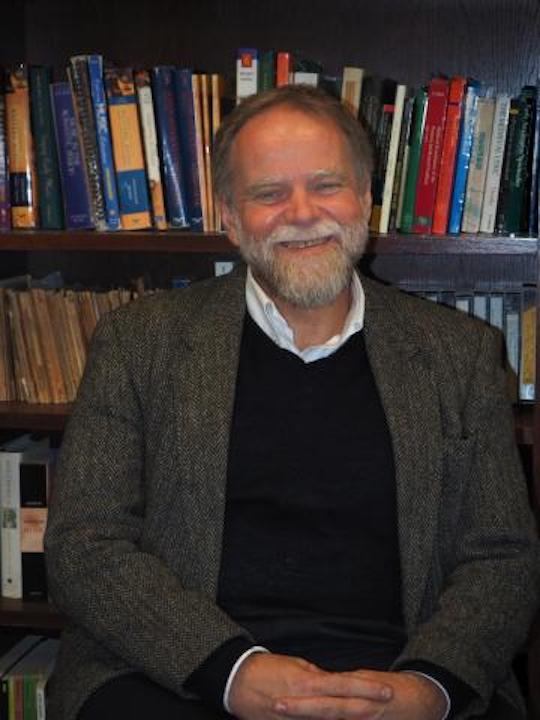 Peter Loewen , an associate professor of musicology in Rice’s Shepherd School of Music and a faculty member in the School of Humanities’ Medieval and Early Modern Studies Program, is the recipient of the American Musicological Society’s H. Colin Slim Award, the organization’s highest honor for published research.

Loewen was honored for his article, "A Rudder for ‘The Ship of Fools’?: Bosch’s Franciscans as Jongleurs of God,” which analyzed the intentions of the artist Hieronymus Bosch in his painting “The Ship of Fools,” which depicts a singalong led by two Franciscans. While some have argued that Bosch’s representation of Franciscans was a sign of his criticism of clerical corruption, Loewen argues that the painting represents the virtues of Franciscan preaching, using popular songs converted to religious use.

The annual award specifically recognizes a musicological article of exceptional merit published during the previous year in any language and in any country by a scholar who is past the early stages of their career but possesses no more than 10 years beyond completion of their doctoral degree — and who is a member of the AMS or a citizen or permanent resident of Canada or the United States.

Loewen’s article was selected by a five-member award committee of scholars in his field who are also members of the AMS. The committee wrote that “his argument offers a striking new way of viewing a prized artwork, upending, through musical detective work, the conventional wisdom of more than a century of art historical and literary scholarship.”

Loewen received a monetary prize and certificate, and was recognized at the annual meeting of the society held in New Orleans in November.

More information on the award is available online at https://www.amsmusicology.org/news/622412/2022-AMS-Award-Winners.htm