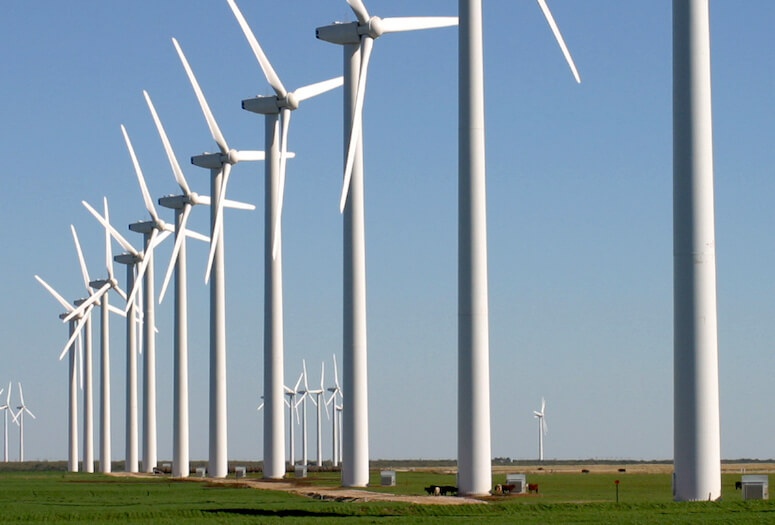 HOUSTON – (March 21, 2022) – Texas can be a model for the nation on how to effectively replace coal with wind and solar for the state’s energy needs while meeting environmental goals, according to new research by Rice University engineers.

As the authors state in the paper, which appears in the journal Renewables: Wind, Water, and Solar, “Simply put, it’s not always windy and not always sunny, but it’s almost always windy or sunny somewhere in Texas.”

Cohan said that could enable wind and solar to replace nearly all coal output, especially if wind and solar projects are sited in locations that provide complementary output. The new paper builds upon a 2018 study from his lab.

“This paper is really about how we can transition away from coal as quickly as possible,” said Cohan, an associate professor of civil and environmental engineering. “Texas still burns more coal and emits more sulfur dioxide and other pollution than any other state. Even though a transition is inevitable, it’s urgent that we move off coal as quickly as possible to improve air quality and health.”

“Cleaning up the energy that we use to power society is one of the most important things we need to do,” said Morse, who won the Malcolm Verdict Memorial Poster Competition at the Texas Energy Summit in 2020 for his work on the project. “Professor Cohan advertised it as a math-leaning project, and that’s my background, so being able to help with a clean-energy integration project was very interesting to me.”

Several large Texas coal plants closed in 2018, and most remaining plants have operated far below capacity, including amid outages during the February 2021 freeze. The team’s research found that just a third of the wind and solar projects already proposed to the Electric Reliability Council of Texas by June 2020 could replace almost all of the state’s coal generation. Since June 2020, dozens of those projects have been built, and the queue of proposed solar projects has doubled.

The key to success for wind and solar will be an expansion of transmission lines connecting the windiest and sunniest parts of the state to cities.

“In Texas, that’s the biggest bottleneck slowing the growth of wind and solar,” Cohan said. “The bipartisan infrastructure bill that passed last year is a good start, but doesn’t have nearly enough funding for transmission. Also, by not connecting to other grids, Texas has missed out on opportunities to sell surplus wind and solar power to other states.”

Cohan noted natural gas will continue to be critical to Texas’ electric reliability in the near term, especially as ERCOT works to recover from the freeze of 2021. However, complementary siting of wind and solar farms can reduce the need for natural gas and storage and eliminate the need for coal, he said. The study shows that wind power from West Texas tends to peak overnight, whereas South Texas wind peaks with sea breezes on summer afternoons and evenings. Together with daytime solar, these complementary sources can cover most but not all hours of the year.

“Even with complementary siting, there will still be hours when the sun isn’t shining and the wind isn’t blowing,” Cohan said. “Historically, the main challenge has been summer afternoons when air conditioners are running full blast, and the occasional deep freeze. Solar and coastal winds perform well during summer peaks, but can have lulls on some evenings when we’ll need something else to kick in.”

He said eliminating coal from the Texas grid is just a matter of time. “I think none of the power companies want to run coal plants long-term,” Cohan said. “They’re dirtier and costlier to operate than building wind and solar projects from scratch, and most utilities companies now have plans to reach net-zero carbon emissions by 2050, if not before.

“Perhaps because of that, they haven’t been investing in upgrades to their coal plants, many of which are more than 40 years old and aren’t very efficient,” he said.

The Energy Foundation supported the research.

The Brazos Wind Farm, near Fluvanna, Texas. A Rice University study finds that building a fraction of the wind and solar projects already proposed in Texas could eliminate the state’s remaining coal power plants and their emissions. (Credit: Wikipedia)