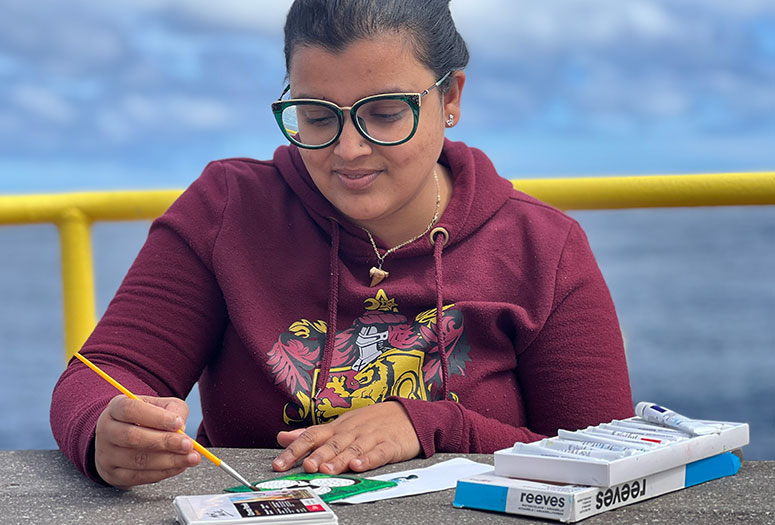 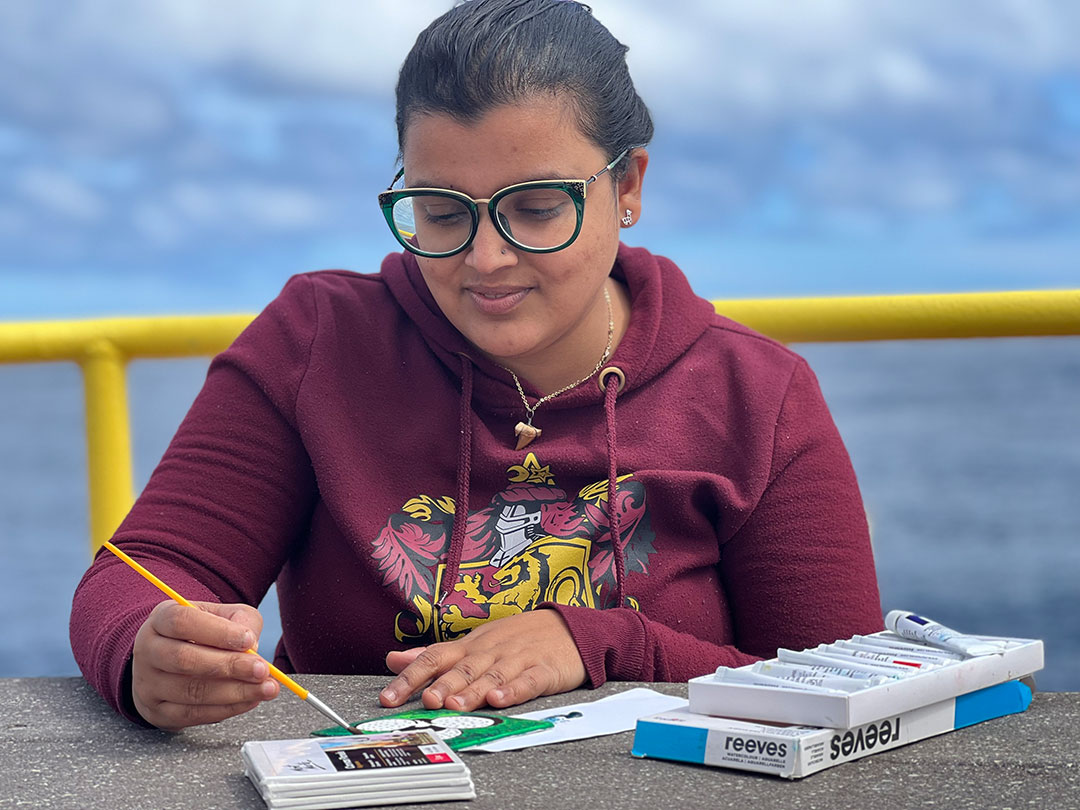 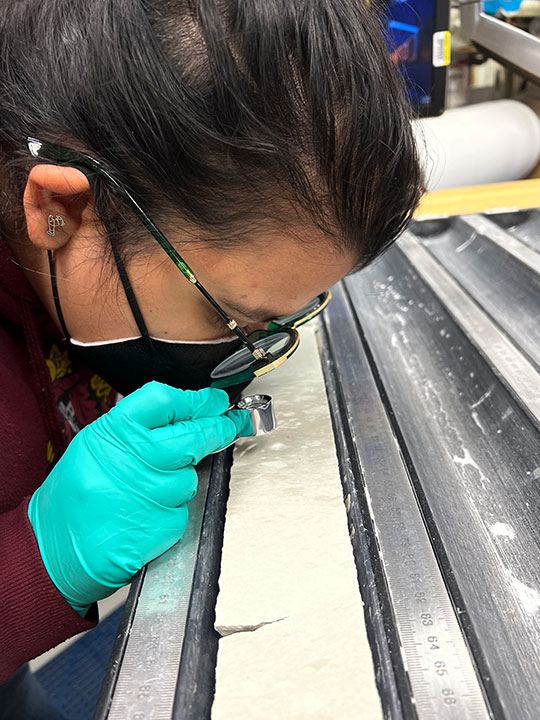 Rice Ph.D. student Debadrita Jana is working aboard the scientific drill ship JOIDES Resolution through April 7, analyzing microscopic fossils in the far southwest Indian Ocean. Jana, a sedimentologist with the International Ocean Discovery Program’s Expedition 392 and graduate student in the Department of Earth, Environmental and Planetary Sciences, is studying millions-of-years-old sediment cores drilled from deep beneath the Agulhas Plateau.

“I would have never imagined doing this,” she said. “I love it here. I was kind of apprehensive, but I’m really enjoying the work and being on the boat.”

Born and raised in Kolkata, India, Jana spends some of her free time in Houston serving as a Rice Graduate Student Ambassador. When not in a lab aboard ship, the self-described “friend of tiny long-dead ocean dwellers” enjoys spending time on the ship’s upper deck painting the microscopic fossils she’s found in newly drilled cores, some of which are the focus of her own research.