Synthetic tools conduct messages from station to station in DNA 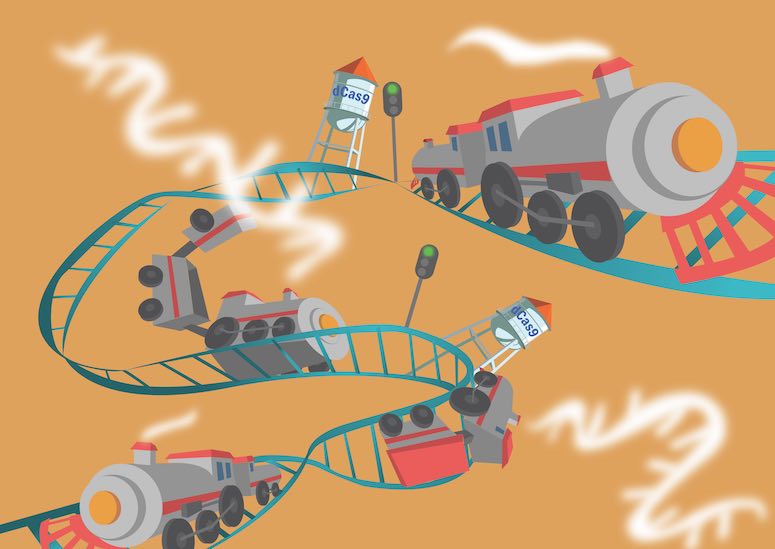 Rice University researchers have demonstrated that CRISPR-Cas9, increasingly famous as a gene-editing tool, can be employed in powerful additional ways in human cells.

By using dCas9 to recruit proteins that can naturally turn genes on, the Rice team was able to reveal important details about human promoters and enhancers – the pieces of our DNA that coordinate when, and to what extent, our genes are turned on – which in turn controls the behaviors of our cells.

“We’re using these synthetic biology tools to improve the ability to engineer gene expression and program human cells, and consequently to better understand how our genes work naturally,” Hilton said. “These types of studies are important because in the long run this knowledge and these technical capabilities can enable better gene and cell therapies and biotechnologies.”

Hilton said the study in Nucleic Acids Research highlights the growing potential of CRISPR-Cas9-based tools for synthetic gene control and cellular engineering. The team’s strategy also demonstrates the power of dCas9 to influence and understand the epigenetic factors that animate the human genome.

“Only around 2% of our genome contains protein-coding genes, and the remaining 98% is so-called noncoding DNA,” Hilton said. “Enhancers and promoters are key parts of our noncoding genomes and, although the vast majority of these elements do not make conventional genes, there is fascinating genetic variation in noncoding DNA. This variation gives us the magnificent diversity that enables our species to be both amazing and adaptable.

“However, genetic variation in noncoding DNA is also strongly correlated with many diseases, and even subtle differences in these regions can be linked to pathologies,” he said. “A pressing challenge is that it is often very difficult to pinpoint how these differences influence disease onset and treatments.

“Our goal and our hope is that technologies and approaches like ours can help researchers get closer to making those important connections, and to ultimately predict and thoughtfully intervene in disease,” Hilton said.

By synthetically activating noncoding DNA, the researchers demonstrated how promoters – short DNA sequences that mark the start sites of genes – and enhancers can communicate. Remarkably, enhancers can be thousands of base pairs away from their promoters but can stimulate gene transcription by recruiting activator proteins and by forming direct physical contacts with associated promoters.

“Enhancers can also sometimes make mysterious transcripts called enhancer RNAs (eRNAs),” Hilton said. “Kai showed that CRISPR technologies can be used to turn on these eRNAs, and that in some cases, this fosters a type of genomic tracking, wherein an enhancer can be dragged along DNA to engage with downstream promoters.

“It also appears that along the way, vital transcriptional and epigenetic information can be deposited,” he said. “It is exciting to speculate that this information could serve as sort of gene expression bookmarking that reinforces subsequent rounds of transcription in a type of positive epigenetic feedback.”

Their strategy revealed that enhancers and promoters can have “intrinsic reciprocity.” While they knew that signals can be transmitted from an enhancer to a promoter, they learned that this transmission can go the other way as well.

“We see regulation taking place from a promoter to an upstream enhancer,” Wang said. “Mechanistically, that’s considered noncanonical and thus rather surprising.”

They also found that CRISPR activators can increase the frequency of physical contacts between enhancers and promoters, but only when targeted to an enhancer, suggesting a sort of one-way street for increasing physical contacts.

“We now know that these pieces of DNA can send messages in both directions, but that there appears to be an significant aspect of directionality for physical contact,” Hilton said. “There is certainly reciprocity, but it seems that the predominant regulatory mode here is one in which an enhancer tracks toward a corresponding promoter or promoters.”

The researchers said their study is only possible because of CRISPR-Cas9 advances. “Without these genomic targeting tools, we would have to use other more invasive and disruptive synthetic methods, like knocking out or genetically modifying a regulatory element,” Wang said. “Our approaches here make it easier to epigenetically hijack or repurpose native cellular mechanisms to precisely understand and engineer how genes are controlled.”

Co-authors of the paper include Rice postdoctoral researchers Jing Li and Barun Mahata, graduate students Mario Escobar and Jacob Goell, and undergraduates Spencer Shah and Madeleine Cluck. Hilton is an assistant professor of bioengineering and biosciences, and a CPRIT Scholar in Cancer Research.

The Cancer Prevention and Research Institute of Texas (RR170030) and the National Institutes of Health (R35GM143532) supported the research. 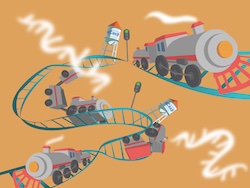 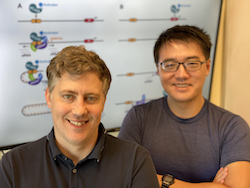