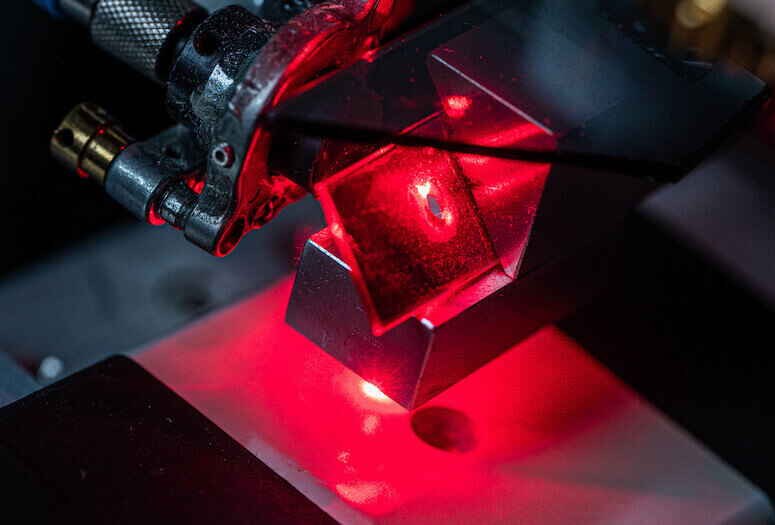 The “strain paint” first revealed by Rice in 2012 uses the fluorescent properties of nanotubes to show when a surface has been deformed by stress.

Now developed as part of a non-contact optical monitoring system known as S4, the multilayered coating can be applied to large surfaces — bridges, buildings, ships and airplanes, for starters — where high strain poses an invisible threat.

The project led by Rice chemist Bruce Weisman, structural engineer Satish Nagarajaiah and lead author and graduate student Wei Meng springs from the 2002 discovery by Weisman that semiconducting carbon nanotubes fluoresce at near-infrared wavelengths. He subsequently developed optical instruments to explore the physical and chemical properties of nanotubes, including spectroscopic strain effects in 2008.

Their independent research paths merged into a common project in 2008 when Weisman and Nagarajaiah discovered that single-walled carbon nanotubes embedded in a polymer and bonded to a structural member will experience the same strain and can report it optically through spectral shifts in their near-infrared fluorescence. They reported that finding in a 2012 paper.

“Strain measurements are often made as part of safety-related inspections,” Weisman said. “That technical community is rightfully conservative, because their measurements must be reliable. So we need to overcome skepticism about new methods by proving that ours is as valid as the established ones.

“This paper presents our method’s credentials as a serious strain measurement technology,” he said.

Weisman said S4 easily stands up to DIC. Better yet, the two techniques can work together. “We wanted to make a direct comparison to DIC, which is the only commercialized mapping method for strain out there,” he said. “It’s used in a number of industries, and people have a fairly high level of confidence in it.

“To demonstrate that our method can stand side by side with it and get results that are similar or better, Wei devised a method to incorporate S4 and DIC so both techniques can be used simultaneously and even complement each other,” Weisman said.

The skin itself has three layers, their configuration geared to the surface they cover. Typically, an opaque primer containing the DIC speckles is painted first. The second layer is a clear polyurethane that isolates the base from the nanotubes. Finally, the sensing layer of individually coated nanotubes, suspended in toluene, is sprayed on top.

The toluene evaporates, leaving a sub-micron-thick sensing layer of nanotubes bonded to the structural member. An additional protective layer can be applied on top to keep the skin active for years.

The system also requires a reader, in this case a small visible laser to excite the nanotubes and a portable spectrometer to see how they’re strained.

Meng carefully compared S4 to both DIC and computer simulations in tests on I-shaped acrylic bars with a hole or a cutout, and on concrete blocks and aluminum plates with holes drilled into them to focus strain patterns. In every case, S4 gave a high-resolution, accurate view of the stressed specimens that was comparable to or better than the simultaneous DIC results.

Measuring concrete posed an optical challenge. “We found that cement in the concrete has intrinsic near-infrared emission that was interfering with our strain measurements,” Nagarajaiah said. “Wei spent an enormous amount of time, especially during the pandemic, carefully working on a new architecture to block those signals.”

Rather than the usual white base layer, a black base that also holds the speckles served the purpose, he said.

“There’s one additional advantage of S4 over DIC that we hadn’t appreciated until recently,” Weisman said. “That’s the fact that to get good results from DIC requires a high level of expertise on the part of the operator. Companies tell us that only their engineers are qualified to use it. It’s simple to take the data, but the interpretation requires a lot of judgment.

“Our method is quite different,” he said. “It’s nearly as easy to take the data, but the analysis to get the S4 strain map is automatic. In the long run that will be an advantage.”

“I have no doubt that this is a state-of-the-art strain-mapping method,” Nagarajaiah said. “We’ve tested it on structural members made of metals, plastics and concrete with complex micro-cracks and subsurface damage, and it works in all cases. I believe we’ve reached the stage where it’s ready for implementation, and we are engaging with industry to learn how it can help them.” 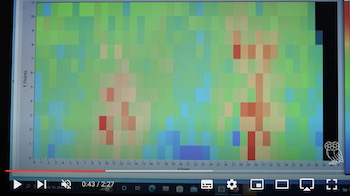 A three-layer smart skin on a structure can detect strain through the fluorescence of embedded carbon nanotubes, according to its inventors at Rice University. The skin can be painted or sprayed on buildings, bridges, aircraft and ships to provide a non-contact way to monitor the structural health of a structure. (Credit: Nagarajaiah and Weisman Research Groups/Rice University) 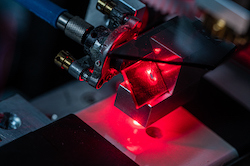 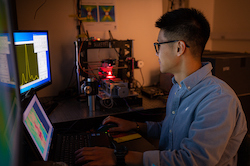 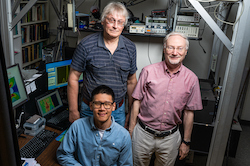