Science atop an active volcano 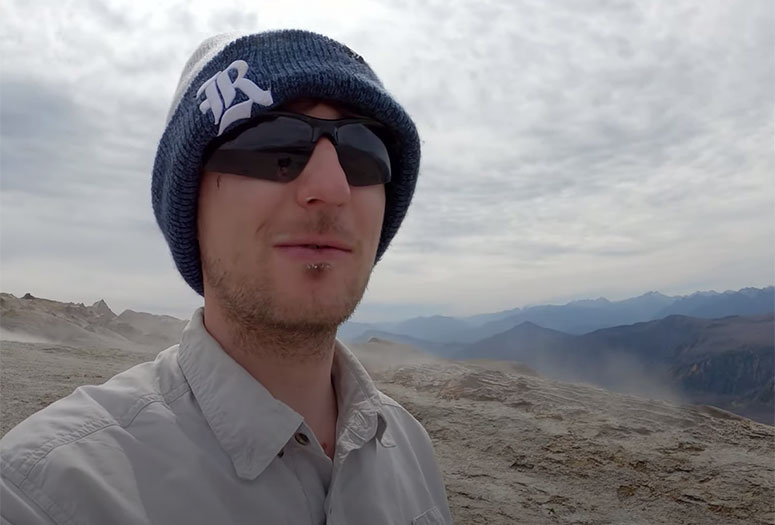 When Rice volcanologist Patrick Phelps flew to Chile last spring to spend two weeks atop one of the world’s most dangerous active volcanoes, he threw a small GoPro camera into his bag to document the adventure on video.

Phelps, a Ph.D. student in the Department of Earth, Environmental and Planetary Sciences, took part in a field study at the smoldering caldera atop southern Chile’s Cordón Caulle. The volcano’s 2011 eruption is one of the largest of the 21st century, and Phelps and the other researchers measured temperatures, ash layers, gas emissions and more to compile a “snapshot” of the volcano's present state.

“This specific type of eruption hasn’t happened in recent human memory, where we could actually go back, walk on the volcano and see just how this specific type of system has evolved over 10 years,” Phelps said. “We really wanted to go back, look at this, take some samples and ultimately just kind of assess, ‘Where is this volcano going to be in the next 10 years?’”

Phelps and his teammates were helicoptered to a massive lava field near the peak of the 7,300-foot mountain. They pitched tents and lived in the otherworldly environment, where some rocks were hot enough to cook their meals.

Phelps said he’s grateful for a Loewenstern Expanding Horizon Fellowship from Rice that allowed him to participate in “the experience of a lifetime.” He’s begun a blog called Hot Science at Cordón Caulle to detail what he and his teammates learned on the trip and what it was like to live in one of the strangest places on Earth.