Annual campaign kicks off with call to action for campus community 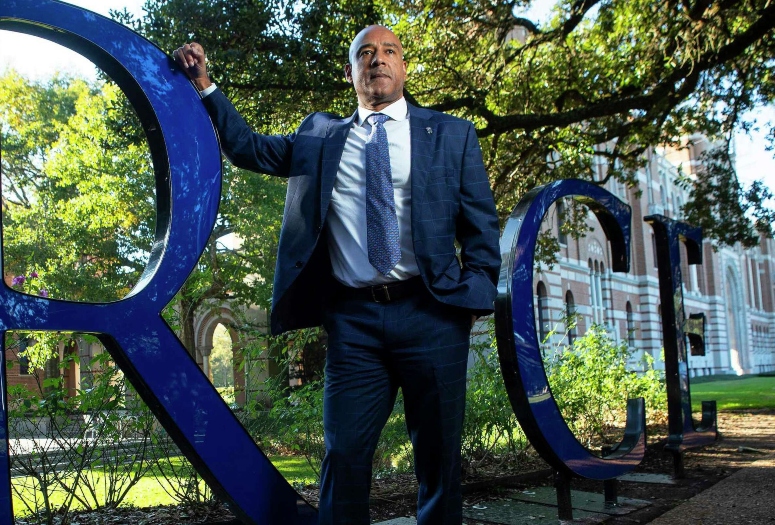 Rice has again embarked on its annual campaign to raise support for its partner in philanthropy, United Way of Greater Houston, which works to move people to financial stability.

This is a goal synonymous with many initiatives at the university.

Researchers at the Kinder Institute for Urban Research, for example, are seeking to address the challenges faced by those who are asset-limited, income-constrained and employed — fully one-third of Houstonians are working but still struggle to afford necessities. And through donations to the annual campus United Way campaign, Rice employees contribute directly to support programs that help people meet basic needs, escape violence, support children and families, and achieve financial stability.

“United, we can do so much more than any one of us can do on our own to help our neighbors not only land on their feet but also stay there,” DesRoches wrote in an email to the university community. “I am proud and grateful that so many of our Rice colleagues support United Way of Greater Houston. I hope you will join me in doing so once again this year.”

Donors interested in participating may pledge support in three ways: by clicking the “United Way Contributions icon at io.rice.edu to make a payroll pledge which will spread the gift across the 2023 calendar year’s paychecks; by making a one-time credit card contribution at unitedwayhouston.org/pay/rice; or by downloading a pledge form at unitedway.rice.edu and returning it by campus mail to give by check.

As an added incentive, when donors increase their pledges over last year’s amount, the difference will be matched dollar for dollar by Ladd.