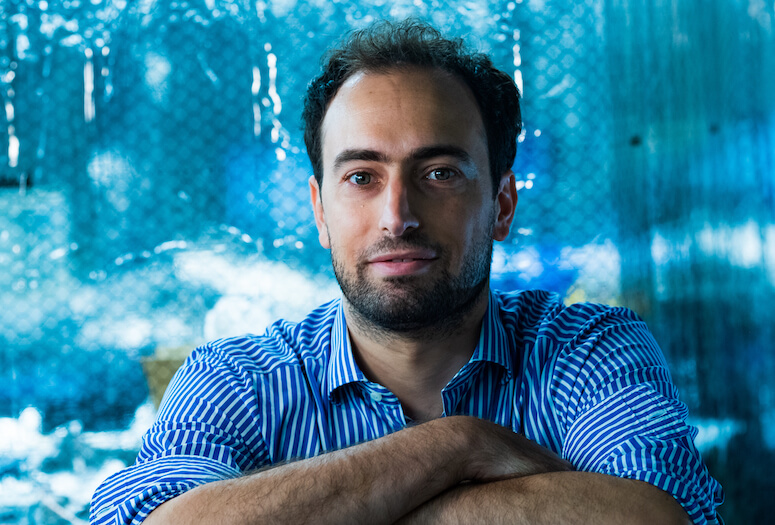 Guido Pagano, an assistant professor of physics and astronomy at Rice University, has received a prestigious Early Career Research Award from the Department of Energy to continue his development of a quantum simulator.

The five-year award for $750,000 is one of 56 granted to university-based researchers in the round of grants announced by DOE’s Office of Science. The office also awarded grants to 27 scientists at national laboratories.

“I’m really thrilled to get this award because it gives me the possibility to address a very promising line of research,” said Pagano, who has also won a National Science Foundation CAREER Award and an Office of Naval Research Young Investigator Award for different lines of research this year. “I feel grateful because my ideas are now basically fully funded.”

Pagano, who joined Rice and its Quantum Initiative in 2019 and shortly thereafter had papers in both Nature and Science, will use the grant to complete his lab’s custom ion trap, while already planning the design of a second system. The lab’s focus is on using trapped ions to simulate quantum systems of interest. Currently, Pagano and his students are building a laser-based system able to manipulate individual atomic ions.

“The system we’re putting together is complex and flexible enough to connect to theories that nuclear physics researchers are interested in, like simulating gauge field theories,” said Pagano, who won the grant in part on the strength of a close collaboration with a University of Maryland theorist, Zohreh Davoudi, on trapped-ion research.

A primary goal for the lab is to tailor new ways in which trapped ions can interact among each other to directly map them to gauge field theories.

The new apparatus is designed to both write and read quantum information on the ions in many different ways. “The system is designed to give us much more flexibility compared to what we had before,” Pagano said. “We have so many ways to manipulate the ions, either using multiple atomic states or addressing them from different directions in ways that other experiments are unable to do.”