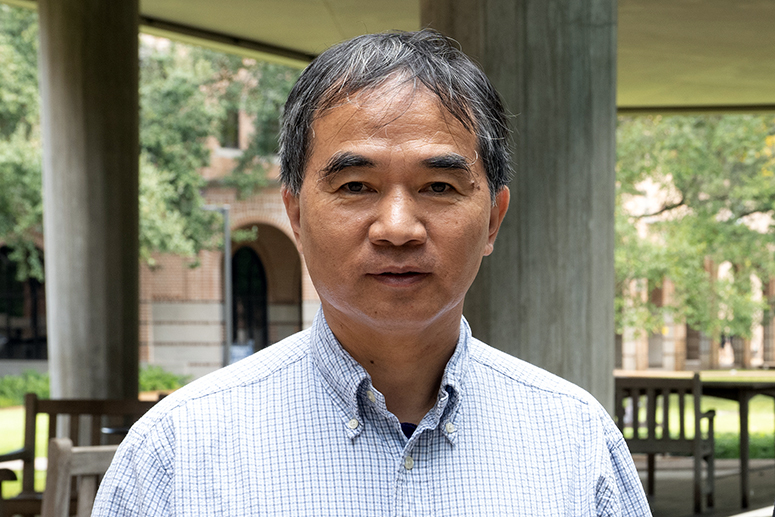 Dai, Bernhard Keimer of the Max Planck Institute for Solid State Research in Stuttgart, Germany, and Giacomo Ghiringhelli of the Polytechnic University of Milan, Italy, were each awarded one-third of the prize in recognition of their “experiments determining spin and charge correlations in high temperature superconductors using X-ray and neutron scattering.”

Dai, Rice’s Sam and Helen Worden Professor of Professor of Physics and Astronomy, joined Rice in 2013. His share of the prize was given in recognition of “seminal contributions elucidating the magnetic properties of cuprate and iron-based superconductors.”

Dai uses neutron scattering and other techniques to investigate the magnetic order and dynamics of unconventional superconductors and other quantum materials. He earned his Ph.D. in physics from the University of Missouri, and prior to joining Rice spent 12 years as a faculty member at the University of Tennessee, Knoxville, and eight years at the Department of Energy’s (DOE) Oak Ridge National Laboratory in Tennessee.

Dai is a fellow of the American Physical Society, the American Association for the Advancement of Science and the Neutron Scattering Society of America (NSSA). His previous honors include DOE’s Outstanding Scientific Accomplishment Award in Condensed Matter Physics and the NSSA’s Sustained Research Prize .

Established in 2000 by the organizers of the International Conference on the Materials and Mechanisms of Superconductivity (M2S), the Kamerlingh Onnes prize honors the Dutch physicist and Nobel laureate who discovered superconductivity in 1911. The prize is sponsored by Elsevier, publisher of the journal Physica C – Superconductivity and its Applications , and includes a cash award of 7,500 euros and a certificate. The 2022 prize will be awarded in July at the M2S-2022 meeting in Vancouver, British Columbia.