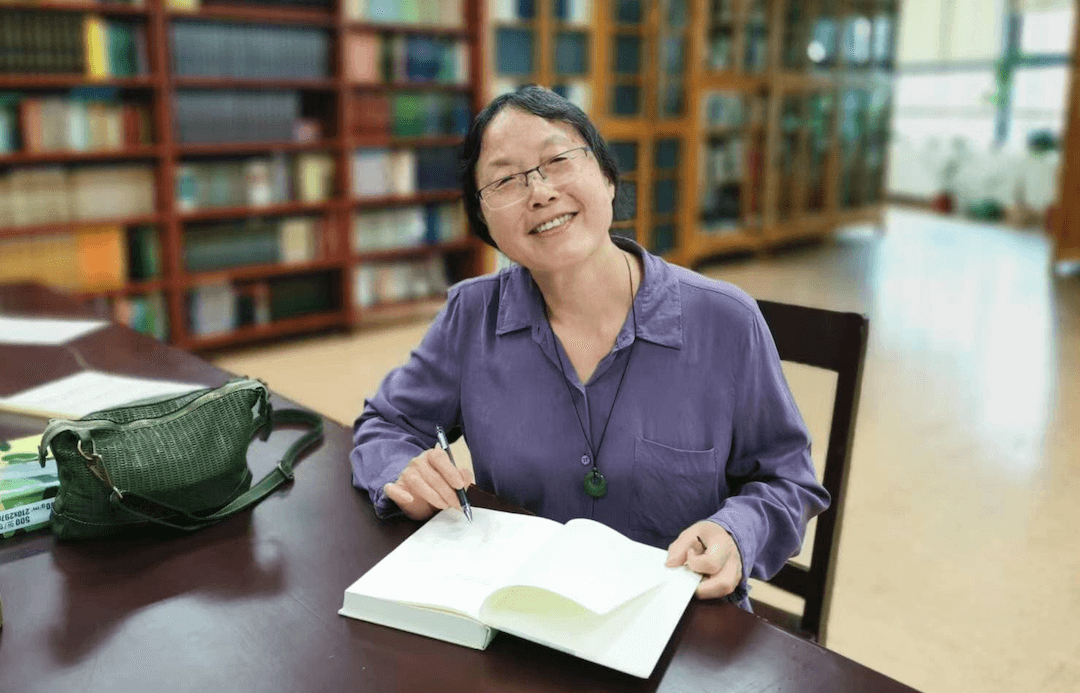 Nanxiu Qian, professor of Chinese literature in the School of Humanities, died Nov. 16 after a lengthy battle with cancer. She was 75.

Qian joined Rice’s faculty in 1993 and was known as an indispensable colleague throughout her nearly three decades of service to the university. Qian, who received her master’s degree from Nanjing University and her doctorate from Yale University, was a renowned scholar of Chinese literature and is remembered by those who knew her as a devoted mother, grandmother and friend.

“All of us at Rice mourn the loss of Nanxiu Qian. She was a beloved mentor, scholar and instructor whose caring, friendly presence across campus will be greatly missed,” said Rice Provost Amy Dittmar. “We extend our deepest sympathies to Nanxiu’s family, friends, colleagues and students.”

“A quiet but powerful intellectual voice in the School of Humanities, Nanxiu Qian was a treasured colleague and friend to faculty and staff alike," said Kathleen Canning, dean of humanities and the Andrew W. Mellon Professor of History. “She was actively engaged in the founding of the new Department of Transnational Asian Studies, which gave her a new home after spending most of her career as a professor of humanities. She cherished her students above all: the drive to teach and advise them sustained her throughout her illness.”

Qian was also known for her work with the Chao Center for Asian Studies, the Center for the Study of Women, Gender and Sexuality, and the Medieval and Early Modern Studies program within the School of Humanities. She was renowned for her profound interest in and attention to mentoring undergraduate students, and colleagues and friends recalled the talent with which Qian sang and chanted traditional Chinese poems, as well as her skill at poetry, short-story writing and calligraphy.

Former Rice president David Leebron and his wife and former university representative Y. Ping Sun grew close to Qian over the course of their time at Rice. “Ping and I mourn the passing of Nanxiu Qian, a brilliant scholar of Chinese literature, a warm person and a friend whose engagement we always enjoyed. It is a great loss for Rice,” Leebron wrote on Twitter, “and we extend our deepest sympathy to Nanxiu’s family and friends.”

Writing in both Chinese and English, Qian was best known in the West for her work studying the influential fifth-century Chinese text “Shishuo Xinyu (A New Account of Tales of the World).” Qian also wrote extensively on other Chinese literary works from the past 2,000 years. Her research interests included classical Chinese literature, Chinese intellectual history, comparative literature and studies on the Sinosphere.

“But above all, and this is the true measure of a life, Nanxiu was a truly wonderful person,” wrote Richard Smith, the George and Nancy Rupp Professor of Humanities emeritus, in remembrance of his dear friend in an obituary posted to the School of Humanities website. “Everyone who knew her enjoyed, respected and admired her. She was extraordinarily generous with her knowledge and her time, kind to everyone and full of vitality, wit and good humor.

“She will be sorely missed.”