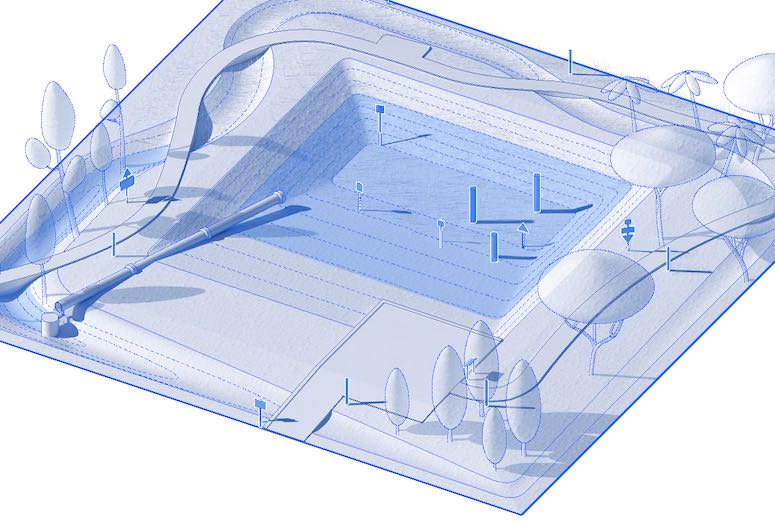 Little did Maggie Tsang and Nathan Friedman know they were competing head-to-head for this year’s Prize for Young Architects. As it turned out, they needn’t have worried.

Both of Rice Architecture’s Wortham Fellows are among the half-dozen winners of the prestigious competition announced today by the Architectural League of New York. The prizes go to designers no more than 10 years out of school who live in North America and whose portfolios address the theme of the year, “Grounding.”

“It’s a complete coincidence that we were both selected, and we’re very happy to be able to share the experience,” Friedman said.

Neither did the judges know of the connection between the two, at least during the process. “It’s an anonymous submission,” Tsang said. “So it’s even more fortuitous that we were both selected.”

As part of their victory lap, the winners will deliver lectures to the league (Friedman at 6:30 p.m. on June 16, Tsang at 6:30 p.m. on June 22) and take part in a digital exhibition of their work at the league site. Like that by last year’s Rice winner, visiting critic Liz Gálvez, the lectures will be delivered virtually and exhibitions normally hosted in New York will be at sites chosen by the architects. Winners also receive a $2,000 cash prize. (The free lectures are open to the public. Register at archleague.org.)

Each addressed the theme in a unique way.

Tsang and her partner Isaac Stein at Dept. easily relate to the concept of “grounding,” as their practice integrates architecture, landscape and urbanism. Tsang’s research focuses on the relationship between buildings, ground and water; in particular, she examines flood-prone landscapes of the Gulf region and explores water management strategies at the scale of the lot, the neighborhood, the city and the region.

One of the eight projects in her portfolio submission was already an award-winner: The Good Neighbor Stormwater Park, a community park in North Miami, was a finalist for a “Best Urban Design Award” from Fast Company in 2020 and won an Innovative Design award from the Florida Gold Coast chapter of the American Planning Association.

“The project in South Florida addresses the impacts of stormwater flooding and sea-level rise,” Tsang said. “As part of that, the Good Neighbor Stormwater park rethinks the potential of ‘repetitive loss properties’ that flood frequently.”

The solution, already built in one North Miami neighborhood, turns the land under a former flooded property into a community park that incorporates a stormwater retention basin. “The project considers the material of the ground itself and how it can be transformed or altered to reduce flooding and benefit the community,” she said. “Beyond the individual park, the idea that stormwater infrastructure can transform flood-prone land into public space is tied to a larger vision for the city.”

Friedman’s firm, Mexico City-based Departamento del Distrito, co-founded with Francisco Quiñones in 2017, offered a different take on the theme. Building on his larger research at the intersection of architecture, identity and politics, the submission focused on “public architecture,” with a portfolio grounded in the architectural history and culture of Mexico and its capital city. One featured project was conceived as a new archive of federally funded buildings from the mid-20th century, which the practice cataloged and documented to engage broader conversations around “speculative preservation.”

“It’s a way to reintroduce the public structures of Mexico City to a contemporary audience, to ask questions about their future and debate how value is assigned to city fragments within the public realm,” said Friedman, who uses that data to inform the firm’s current projects, including a municipal market, a library, a sports complex and a fire station.

“There’s a tremendous amount of city and regional development in Mexico being driven by the federal administration,” he said. “For a practice interested in both archival research and contemporary practice, it helps us to design for a future that is embedded with a certain degree of historical consciousness.”

“That’s something we often discuss with students: the need to avoid romanticized ideas of architecture’s permanence or even that a designer can fully dictate how a space will operate once constructed,” Friedman said. “For public buildings, it’s essential to design with the populations who will eventually manage and inhabit the projects. This inevitably embeds a certain amount of flexibility that allows the architecture to adapt over time.”

“Their success is a testament to our school’s success in bringing top faculty talent, a process made possible through the deep involvement of my colleagues in all faculty searches,” said Igor Marjanović, the William Ward Watkin Dean of Rice Architecture.

“Friedman’s and Tsang’s work on ‘public architecture’ and ‘grounding’ is relevant in Houston and internationally. Rice Architecture remains committed to supporting practicing architects in academia, in particular those who push the boundaries of our discipline by working across scales and national borders to pursue topics that are relevant both locally and universally, advancing the shared humanity of our diverse, interconnected world.”