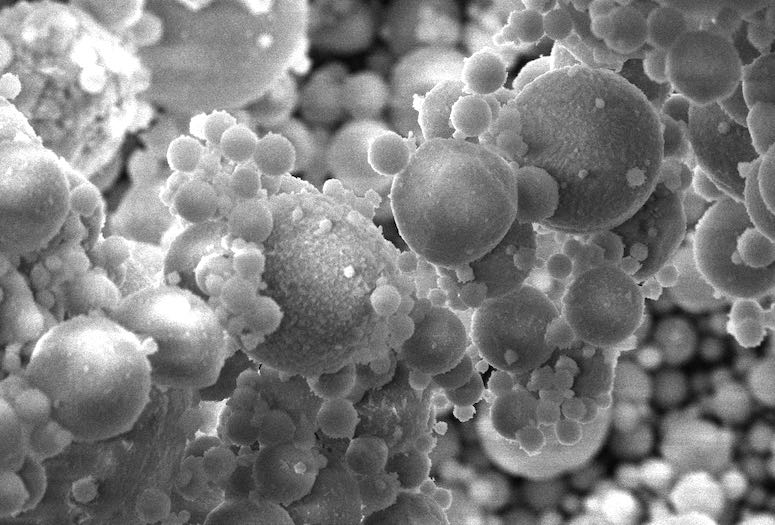 HOUSTON – (Feb. 9, 2022) – Rare earth elements are hard to get and hard to recycle, but a flash of intuition led Rice University scientists toward a possible solution.

The Rice lab of chemist James Tour reports it has successfully extracted valuable rare earth elements (REE) from waste at yields high enough to resolve issues for manufacturers while boosting their profits.

The researchers say their process is kinder to the environment by using far less energy and turning the stream of acid often used to recover the elements into a trickle.

The study appears in Science Advances.

Rare earth elements aren’t actually rare. One of them, cerium, is more abundant than copper, and all are more abundant than gold. But these 15 lanthanide elements, along with yttrium and scandium, are widely distributed and difficult to extract from mined materials.

“The U.S. used to mine rare earth elements, but you get a lot of radioactive elements as well,” Tour said. “You’re not allowed to reinject the water, and it has to be disposed of, which is expensive and problematic. On the day the U.S. did away with all rare earth mining, the foreign sources raised their price tenfold.”

So there’s plenty of incentive to recycle what’s been mined already, he said. Much of that is piled up or buried in fly ash, the byproduct of coal-fired power plants. “We have mountains of it,” he said. “The residue of burning coal is silicon, aluminum, iron and calcium oxides that form glass around the trace elements, making them very hard to extract.” Bauxite residue, sometimes called red mud, is the toxic byproduct of aluminum production, while electronic waste is from outdated devices like computers and smart phones.

While industrial extraction from these wastes commonly involves leaching with strong acid, a time-consuming, non-green process, the Rice lab heats fly ash and other materials (combined with carbon black to enhance conductivity) to about 3,000 degrees Celsius (5,432 degrees Fahrenheit) in a second. The process turns the waste into highly soluble “activated REE species.”

Tour said treating fly ash by flash Joule heating “breaks the glass that encases these elements and converts REE phosphates to metal oxides that dissolve much more easily.” Industrial processes use a 15-molar concentration of nitric acid to extract the materials; the Rice process uses a much milder 0.1-molar concentration of hydrochloric acid that still yields more product.

“The strategy is general for various wastes,” Bing said. “We proved that the REE recovery yields were improved from coal fly ash, bauxite residue and electronic wastes by the same activation process.”

The generality of the process makes it especially promising, Bing said, as millions of tons of bauxite residue and electronic waste are also produced every year.

“The Department of Energy has determined this is a critical need that has to be resolved,” Tour said. “Our process tells the country that we’re no longer dependent on environmentally detrimental mining or foreign sources for rare earth elements.”

Tour’s lab introduced flash Joule heating in 2020 to convert coal, petroleum coke and trash into graphene, the single-atom-thick form of carbon, a process now being commercialized. The lab has since adapted the process to convert plastic waste into graphene and to extract precious metals from electronic waste.

Co-authors of the study are graduate students Xin Wang and Zhe Wang, alumnus Duy Xuan Luong, undergraduate Robert Carter and Mason Tomson, a professor of civil and environmental engineering. Tour is the T.T. and W.F. Chao Chair in Chemistry as well as a professor of computer science and of materials science and nanoengineering. 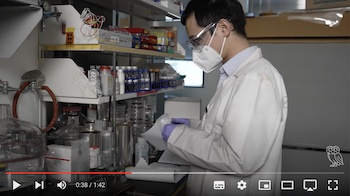 High-resolution Broll is available upon request. 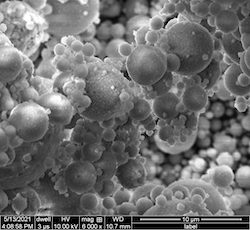 Microscopic glass spheres found in coal fly ash contain rare earth elements that could be recycled rather than buried in landfills, according to Rice University scientists. Their flash Joule heating process has been adapted to recover the elements. (Credit: Tour Group/Rice University) 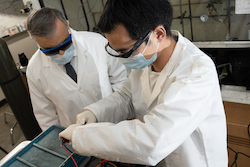