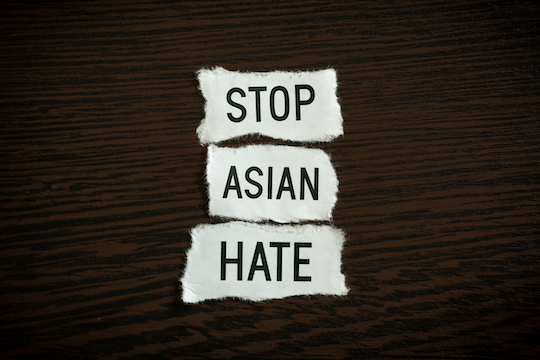 A new Rice University study showcases the severity of discriminatory behavior toward Asians and Asian Americans driven by the COVID-19 pandemic.

“Viral Racism via Videos: A Study of Asians’ Experiences of Interpersonal Discrimination Because of COVID-19” appears in a recent edition of Social Currents. The study analyzed publicly posted videos containing dozens of examples of COVID-19-motivated racism.

All too often, social scientists – who prefer traditional survey methods –- have ignored videos and the information they provide about interpersonal discrimination, said Tony Brown, a professor of sociology at Rice. But in doing so, he said they miss important details about real-world experiences.

“I found that there was more information about interpersonal discrimination in the videos we had collected than I had read in hundreds of studies,” he added.

Brown said the videos shed light on the types of discrimination faced by Asians and Asian Americans in a way that yes/no survey questions can’t. He found the depth of interaction in the videos especially fascinating.

“In a survey, a person will say yes, I've been mistreated, and that's all they will say,” Brown said. “But here, we’re watching discrimination unfold in front of us.”

“There were historical references to stereotypes like yellow peril, the notion that Asians were diseased, and references to a historical stereotype called the perpetual foreigner , or the idea that Asians don't quite fit in the United States,” he continued. “When you watch these videos, you hear statements about ‘our country,’ ‘why did you bring COVID here,’ ‘you're ruining our country’ and racial epithets from the Korean War. And all kinds of other stuff.”

Brown and his co-authors found that perpetrators in the videos were typically men, and that bystanders overwhelmingly do not intervene. Also, Asians and Asian Americans were targeted regardless of whether or not they were Chinese.

“In these videos, it was clear that anyone perceived to be Asian was targeted,” Brown said. “Four or five of the victims weren’t even Chinese.”

Brown said it was jarring that the “ model minority” stereotype of Asians, who “have incredibly high rates of education and are fairly well integrated in white communities,” evaporated in these situations. “In these moments captured on video, they were victims of white supremacy,” he said.

Brown hopes the research will encourage more use of videos in social scientific studies to present a more robust picture of the types of discrimination people face.

“Social scientists must consider visual data because they exist everywhere now. In particular, individuals post videos on numerous platforms including Facebook, Instagram, Snapchat, TikTok, Twitter, YouTube, etc.,” Brown said. “In addition to revealing information about interpersonal discrimination, these videos tell us crucial things about our culture and values, and why social inequality and conflict endures.”