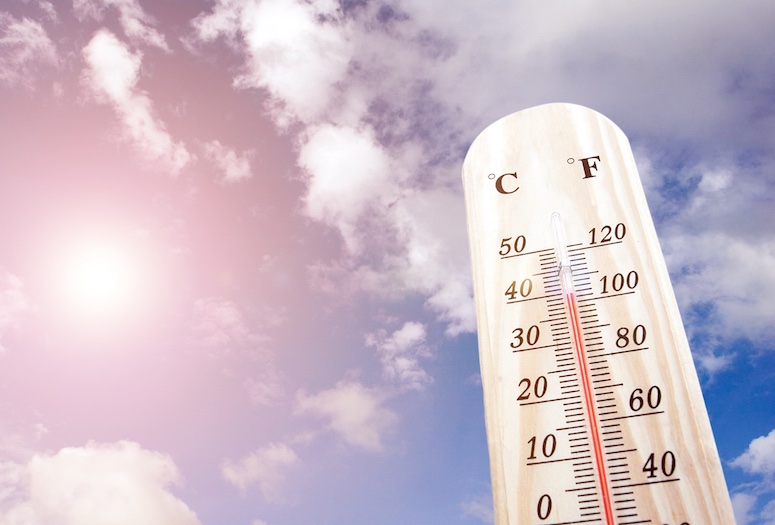 A survey of coaches and athletic officials in Texas indicates many of them would be wise to think harder about the risks their students face as the climate changes, according to Rice University researchers who conducted the statewide study.

Rice climate scientist Sylvia Dee led a survey of Texas coaches, trainers and athletic directors showing that while many are aware of the risks of outdoor workouts during the height of summer, not all are on board with adjusting for hotter weather. Dee said that’s concerning in light of recent warnings that climate change is already making Texas’ summers hotter. For example, a 2021 report from the Texas State Climatologist’s office said Texans should expect the number of 100-degree days each summer to nearly double by 2036 compared to the average numbers from 2001-2020.

“It’s one thing to send out a survey, but we need to think ahead and have the tough conversations about what to do if it’s too hot to play football in the summer in the near future (or even now),” said Dee, an assistant professor of Earth, environmental and planetary sciences. “I want to hope that just receiving this survey got these athletic staff thinking about the problem.”

The survey of hundreds of coaches and athletic directors at Texas high schools, colleges and universities found that most are aware of the dangers of intensive workouts and strenuous events when temperatures above 95 degrees Fahrenheit can put athletes at risk of heat-related illnesses.

They indicated they’re keeping a close eye on damaging heat, humidity and wet bulb temperatures and will adjust schedules as necessary. But surprisingly, some indicated they don’t acknowledge climate change or its implications for the health of athletes and their programs.

The results appear in an open-access paper in the American Geophysical Union journal GeoHealth.

The 22-question survey, organized and carried out by students starting during the COVID-19 pandemic in 2020, went to 4,701 email contacts, with complete responses from 224 Texas coaches and officials, 51% of whom coach football.

The study relied on state-of-the-art simulations developed at the National Center for Atmospheric Research to compare temperature, heat index, humidity and wet bulb temperature in Texas over two key periods: 1976-2000 and 2076-2100. The projections incorporated estimates for high- and low-carbon emissions scenarios through the end of the century.

All of those responding to the survey reported they were aware of heat warnings issued by the National Weather Service, and 88% indicated they factor those warnings into decisions on whether to cancel practice. However, only 54% indicated they take humidity into account when making decisions.

“This discrepancy suggests that there may be a lack of understanding among athletic staff in how humidity affects the perceived temperature,” the researchers wrote.

Dee noted there are state-level guidelines that discuss the risks of heat illness for various athletic activities. “But there’s certainly no acknowledgement of increasing risk in the future in any of these documents,” she said.

Dee said the Rice athletes among her intro-level students inspired the project. “I asked them what they do when it’s 100 degrees and humid outside. Where do you go? How do you handle that?” she said. “That got me thinking it would be a neat to start them thinking about the impacts of climate change on student athletes.”

The first pandemic summer of 2020 provided an opportunity to set them to work through online internships, gathering contact data for Texas coaches and officials. Along with designing the survey itself, she said that took nearly two years.

To better understand the responses, Dee and her Rice team collaborated with Christine Nittrouer, formerly a Ph.D. student of Mikki Hebl in Rice’s Department of Psychological Sciences and now a colleague at Texas Tech University who is accustomed to analyzing survey data, as well as colleagues who study extreme weather and epidemiology.

“It’s not surprising that it’s going to get really hot,” Dee said. “But it was a little frightening that, in relation to the physiological limit, there’s a lot of evidence that it’s already too hot for student athletes to safely play sports outdoors.”

She and co-author Nittrouer are interested in a follow-up collaboration that goes beyond the athletic field.

“There’s some interesting work to be done in this field,” she said. “A lot will rely heavily on our colleagues in the social sciences and humanities to think about how we communicate the risks to people in a way that will help them change their minds.”

The Rice Office of Undergraduate Research and Inquiry supported the research.

“Increasing health risks during outdoor sports due to climate change in Texas: projections vs. attitudes” | GeoHealth 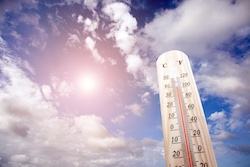 CAPTION: A survey of Texas college and high school coaches, trainers and athletic directors suggests many are not taking climate change into account as they plan their programs’ futures. (Credit: 123rf.com) 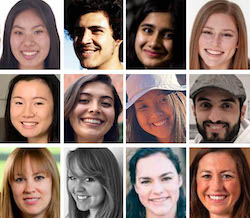