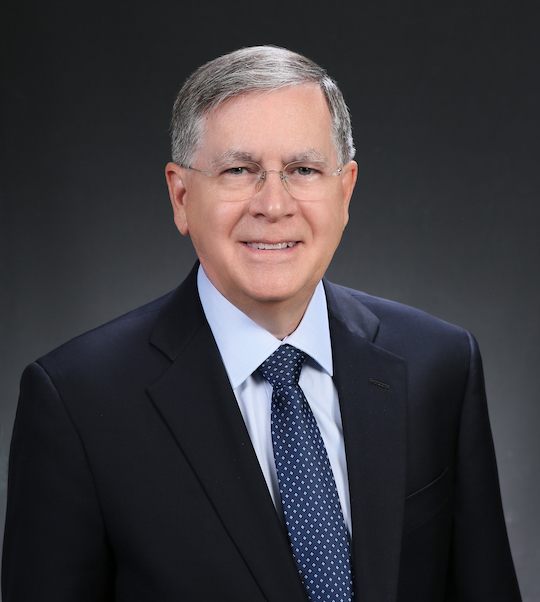 HOUSTON – (May 31, 2022) – Ambassador David M. Satterfield, who has over four decades of diplomatic service and policy and management leadership experience in the United States and overseas in the Near East and Europe, has been named the new director of Rice University’s Baker Institute for Public Policy. He has served as assistant secretary of state, National Security Council staff director and as ambassador to Lebanon and Turkey and charge’ d’affaires in Iraq and Egypt.

Satterfield will assume the position July 1. He succeeds Ambassador Edward Djerejian, who led the Baker Institute to global prominence over his 28 years as director.

“I am honored to have the opportunity to maintain and build upon the extraordinary accomplishments of Secretary Baker and Ambassador Djerejian in establishing and leading Rice University’s Baker Institute for Public Policy for the past three decades,” Satterfield said. “The institute is rightly regarded as the top university-affiliated think tank in the world. I look forward to continuing the commitment to data-driven, nonpartisan research and policy recommendations for decision-makers in areas of critical importance to United States domestic and foreign interests.”

“I could not be more delighted with my successor as director of the Baker Institute,” Djerejian said. “No one is better prepared than Ambassador David Satterfield to take on the institute’s reins. He brings a most distinguished Foreign Service career, outstanding substantive and management skills as well as his extensive experience in policy formulation. His unique combination of skills along with his great foresight will make Ambassador Satterfield a remarkable Baker Institute director. On a personal note, Françoise and I wish David and Elizabeth Fritschle much success and joy in their new endeavor.”

“I am especially pleased that David M. Satterfield has agreed to accept the position as director,” said former Secretary of State James A. Baker III, the honorary chair and namesake of the Baker Institute. “With a long history of diplomacy at very high levels of American leadership, I am confident that Ambassador Satterfield will continue the excellent and superb record that Ambassador Djerejian established at the institute as its founding director. Ambassador Satterfield is a clear-eyed, indefatigable and serious diplomat with a well-earned reputation of being able to find workable ways forward in difficult situations. Above all, he is particularly well-suited to accomplish the institute’s goal of being a bridge between the world of ideas and the world of action.”

“Rice and the Baker Institute are extraordinarily fortunate to have recruited a leader with the experience, intellect and global reputation and policy skills of Ambassador Satterfield,” Rice President David Leebron said. “The Baker Institute is a vital part of the university and maintains strong and productive relationships with our schools and faculty, creating wonderful opportunities for our students and research that has real policy impact. I am confident David will continue Ed’s remarkable leadership in growing the impact, breadth and excellence of one of the foremost jewels of Rice.”

Satterfield has extensive bilateral and multinational negotiating experience, most notably the 1995 Roadmap for Israel-Palestinian Peace (with the United Nations), the 2000 withdrawal of the Israel Defense Forces from Lebanon and Blue Line boundary agreement (with the United Nations), and the 2008 Status of Forces Agreement (SOFA) between the United States and Iraq.  As Department of State coordinator for Iraq he managed the largest domestic staff in the department’s history and directed fundamental reforms to the Foreign Service that established “expeditionary diplomacy” as a career model.

As director general of the Multinational Force and Observers, Satterfield conceived and directed the comprehensive modernization of military and civilian peacekeeping operations and led fundraising efforts with the U.S. Congress and donor governments.

Satterfield is a graduate of the University of Maryland and speaks Arabic, French and Italian. He is married to Elizabeth Ann Fritschle, a career Foreign Service officer.