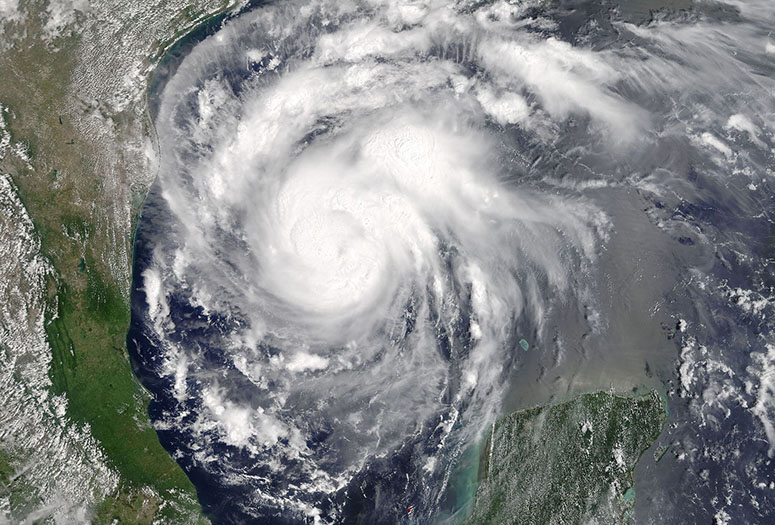 HOUSTON – (Aug. 24, 2022) – As Houston prepares to mark the fifth anniversary of Hurricane Harvey, the second-costliest hurricane to ever hit the United States, Rice sociologist Anna Rhodes is available to discuss her new book examining the storm’s impact on the middle class.

“Soaking the Middle Class ” (Russell Sage Foundation, 242 pages, $37.50) was authored by Rhodes, an assistant professor of sociology at Rice, and University of Wisconsin assistant professor of sociology Max Besbris, who was on the faculty at Rice during Harvey. It explores how families in the Houston suburb of Friendswood recovered from the storm and how that process exacerbated economic inequality within the community.

“What a lot of people don’t realize is the storm damage wasn’t just limited to the most vulnerable residents in its path — it was also felt intensely by the middle class,” she said. “Many people might assume that a middle-class community like Friendswood, which has plenty of resources at its disposal, would be able to recover quickly from catastrophic weather events like Hurricane Harvey. But we find that inequalities between neighbors grew in the aftermath of Harvey. While some residents were able to fully recover and even increase their savings, others still had incomplete walls and no flooring two years after the flood with no sense of whether they would ever have the resources to complete their repairs.”

As global temperatures rise, Atlantic hurricanes are becoming wetter, flooding near rivers is increasing and wildfires have longer windows in which to burn, putting more communities at risk.

Many Friendswood residents thought their homes faced relatively little risk of flooding before Harvey, based on their experience with previous storms. In fact, only about half of the households in the study had flood insurance.

After Harvey, many residents found it difficult to assess their future flood risk, partially because federal agencies and local governments offered them little or no guidance. Without a clear sense of risk, most of them decided to return to their potentially vulnerable neighborhoods and rebuild.

Rhodes said the book shows communicating information about risk is key to lessening the impact of future disasters, but residents aren’t getting what they need to know in a clear and systematic fashion.

Studying how people in places like Friendswood recover from disasters is key to understanding the class system, she continued. Ultimately, the inequalities amplified by the recovery process make middle-class suburbs less resilient at a time when climate change makes them more vulnerable.

“Extreme weather is only growing in scale and severity as global warming worsens,” Rhodes said. “We hope this book will shed light on how even well-resourced neighborhoods are increasingly at risk as climate-related storms intensify.”

More information on the book is available online at https://www.russellsage.org/publications/soaking-middle-class .

To arrange an interview with Rhodes, contact Amy McCaig, senior media relations specialist at Rice, at 713-348-6777.