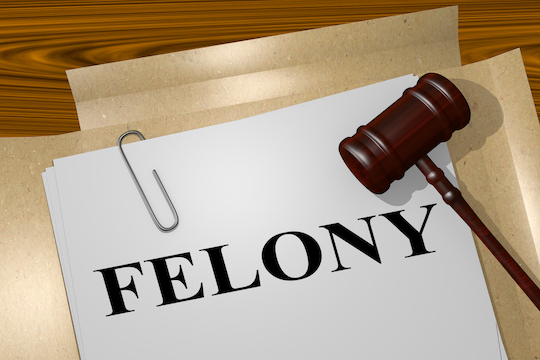 Even if they’ve never served time in prison, people who have felony convictions still have difficulty accessing stable housing, according to new research from a Rice University sociologist.

“Housing Instability Following Felony Conviction and Incarceration: Disentangling Being Marked from Being Locked Up ,” authored by Brielle Bryan , an assistant professor of sociology at Rice, compares felons who were incarcerated with those who weren’t. Nearly half of all Americans with felony convictions have never served time.

While other research has shown that incarceration leads to housing instability, Bryan found that felony status alone was enough to cause “housing instability” — defined as residence in temporary housing (homeless shelters, motels or on the street) or moving frequently — which she found may impact up to 12 million Americans.

“Unfortunately, the stigma of a felony conviction doesn't appear to die off with time,” Bryan said. “When someone is incarcerated, they have to deal with being removed from their neighborhood, their social network and the labor market. But eventually individuals can recover from the disruption of incarceration and begin to rebuild their lives. However, this doesn’t seem to be the case with felony convictions — my work shows that they follow these individuals and seriously disrupt their housing trajectories.”

So what can be done? Bryan noted that while there have been significant bipartisan criminal justice reform efforts, they have largely focused on reducing the size of the prison population through shorter sentences and increased use of community-based corrections. However, this does nothing to change the number of people marked with felon status or alter the stigma they face.

“More investment in reentry programs, as President Biden and others have pushed for, is a great way to help ease the transition from prison back to society, but they don’t help the 12 million Americans with felony convictions who’ve never served time,” Bryan said. “If we’re serious about giving people second chances we need to do things like remove barriers to getting occupational licenses, enact more automatic record sealing laws like Colorado and Pennsylvania have, and work to limit the use of unregulated and often inaccurate online criminal background check services. Until we take these sorts of steps to lessen the stigma around prior felony conviction, these individuals will face great hurdles as they try to rebuild their lives.”

The study uses data from the National Longitudinal Survey of Youth 1997 and was supported by funding from the Joint Center for Housing Studies at Harvard University and the Harvard Multidisciplinary Program in Inequality and Social Policy.

The open access paper is available online at https://bit.ly/3PJ9TiM.