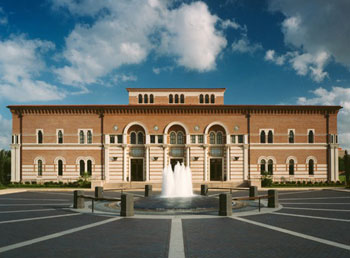 HOUSTON – (Sept. 22, 2022) – Experts from Rice University’s Baker Institute for Public Policy are available to speak on the confirmation of the new Office of Science and Technology Policy (OSTP) director, Arati Prabhakar.

The experts have authored academic articles on the OSTP and provided advice to the White House regarding the country’s scientific research and development budget and the structure and policies of the OSTP.

· Neal Lane, senior fellow in science and technology policy at the Baker Institute, was the director of the OSTP under President Bill Clinton from 1998 to 2001. He also served as director of the National Science Foundation (NSF) and a member (ex officio) of the National Science Board from October 1993 to August 1998. Before his post with the NSF, Lane was provost and professor of physics at Rice, a position he had held since 1986.

“I am enthusiastic about Arati Prabhakar’s selection as President Biden’s science and technology adviser,” Lane said. “I had the great pleasure of working with Arati when she was director of NIST and I was director of NSF. Her deep appreciation of the value of science combined with an extraordinarily successful career in government and industry and her well-honed personal skills make her ideally qualified for this vitally important service to the nation."

· Kirstin Matthews, fellow in science and technology policy, studies biomedical research policy. In addition, she is conducting oral histories and collecting materials for the first dynamic digital archive of the OSTP and the President’s Council of Advisors on Science and Technology (PCAST) through an NSF grant (NSF#1854055).

“It’s exciting to have the first woman in the position as the director of OSTP as well as the first immigrant and person of color to hold the position,” Matthews said. “Dr. Prabhakar represents what science looks like.”

· Kenny Evans, scholar in science and technology policy, has co-authored several major policy reports on the role of scientific advisers to the president, including the President’s Council of Advisors on Science and Technology (PCAST). He has published and lectured on other science-related policy issues, including federal funding for research and development, international scientific collaboration and nanotechnology policy. He is working with Matthews on the digital archive of OSTP and PCAST materials.

“Dr. Prabhakar’s confirmation as science adviser could not have arrived any sooner,” Evans said. “OSTP stands to benefit immediately from her decades of experience in scientific administration and track record of steady leadership. With her experience as director of DARPA, I look forward to see how she advances a number of President Biden’s ‘high-risk, high-reward’ science initiatives — ARPH-H, the cancer moonshot and the implementation of the CHIPS Act — as both a member of the president’s cabinet and co-chair of the President’s Council of Advisors on Science and Technology.”