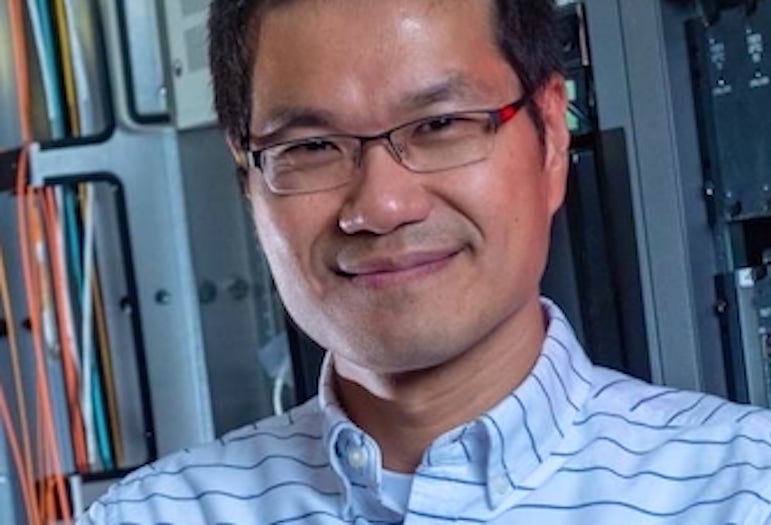 Eugene Ng, a Rice University professor of computer science and electrical and computer engineering, has been named a Fellow of the Institute of Electrical and Electronics Engineers.

The designation of fellow is the highest honor conferred by the IEEE. Fewer than 0.1% of voting members are selected annually.

“I was excited and felt incredibly honored,” Ng said of his recognition for contributions to circuit-switched innovations in data center networks and scalable methods for internet delay estimation.

“My lab is called the BOLD Lab, which stands for “big-data and optical lightpaths-driven,” for good reasons,” he said. “Communication demands from data-intensive applications such as distributed deep learning continue to outstrip the pace at which network bandwidth grows, not to mention the enormous energy consumption implications.

“The world will need bold innovations to solve the performance and energy consumption problems in data-intensive computing.”

Ng, who joined Rice in 2003, earned a Ph.D. and master’s degree in computer science from Carnegie Mellon University and a bachelor of science in computer engineering from the University of Washington. He is an Alfred P. Sloan Research Fellow, a Kavli Fellow and the recipient of a National Science Foundation CAREER Award and an IBM Faculty Award, and holds six patents.

“Throughout his career, he has continuously impressed me as a deep thinker, scholar and outstanding researcher,” said Edward Knightly, the Sheafor-Lindsay Professor of Electrical and Computer Engineering and a professor of computer science. “He showed that power consumption can be reduced by over half, an astounding achievement considering that the scale for a real-world data center is megawatts, making this a truly promising architecture.”