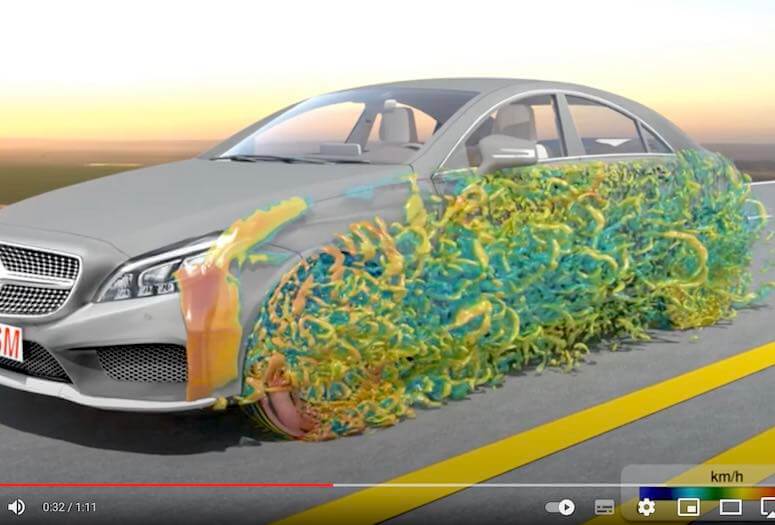 Mechanical engineers at Rice University and Waseda University in Tokyo have dramatically advanced their computational fluid dynamics models of airflow around a moving car and its tires. Now, their simulations connect what air does when it passes around the front tire and how that affects the flow around the rear tire, significantly increasing the simulations’ accuracy.

The computer simulation video goes with a new paper in Computational Mechanics selected for the journal's December cover that follows their first analysis in the same journal in April, reported at the time in Rice News. The work led by Tayfun Tezduyar, the James F. Barbour Professor of Mechanical Engineering, Takashi Kuraishi, his research associate at the George R. Brown School of Engineering, and Rice alumnus and adjunct professor Kenji Takizawa, a professor at Waseda, demonstrates the effectiveness of the team’s high-resolution computational analysis framework.

Tezduyar said the computer simulation is one of a kind because it’s an exceptionally high-resolution representation of the flow patterns around the car and tires, and it shows never-before-seen aerodynamic interaction between the front and rear tires. The model incorporates road contact and tire deformation.

“The simulation is also unique because the level of accuracy reached in representing the car and tire geometries and flow patterns has never been previously attained,” Tezduyar said. “All this was accomplished by bringing together a set of unique and powerful computational fluid dynamics methods introduced by the Rice-Waseda team, which are described in the paper.”

He said the models around the tires required 24 times the computational intensity of those used in the first paper.

The video shows how the accurate representation of the front-tire influence results in moving “vortex bows” just ahead of the rear tire. The colors represent air velocity, from blue (slow) to orange (fast).