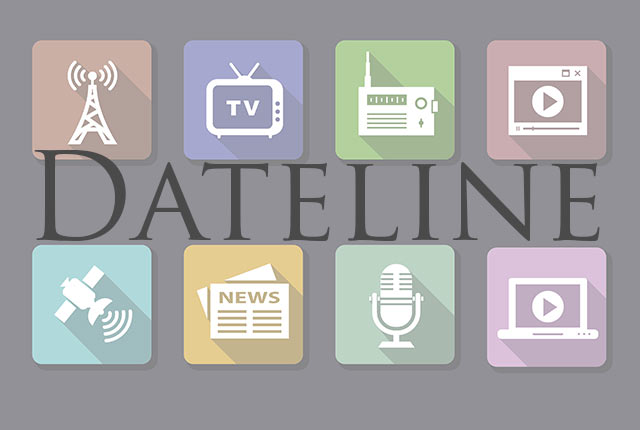 'This is uncomfortable': Saudi Arabia upends genteel world of pro golf
Kristian Coates Ulrichsen, fellow for the Middle East at the Baker Institute for Public Policy, is quoted.
The New York Times (Subscription is required.)
http://dateline.rice/june-9-ulrichsen

Bumpy surfaces may give 2D materials new tricks
An article features collaborative Rice research that posits changing the contour of a layer of 2D material, thus changing the relationships between its atoms, might be simpler to do than previously thought. Co-authors quoted or mentioned include Boris Yakobson, the Karl F. Hasselmann Professor of Materials Science and NanoEngineering and a professor of chemistry, and graduate students Sunny Gupta and Henry Yu.
Futurity
http://dateline.rice/june-9-yakobson-gupta-yu

Il compromesso al ribasso sul petrolio del Venezuela
Francisco Monaldi, fellow in Latin American energy policy at the Center for Energy Studies, the Center for the United States and Mexico and the Latin America Initiative at the Baker Institute for Public Policy and a lecturer in energy economics at Rice, is quoted.
La Nuova Bussola Quotidiana (An English translation is not available.)
http://dateline.rice/june-9-monaldi

An article featuring Laura Alaniz mentions she has partnered with the Rice Oral and Written Language Lab.
The Leader
http://dateline.rice/june-9-tl

Muslim American artist Baseera Khan finds their voice in Moody Center exhibition at Rice
An article features the exhibit "Baseera Khan: Weight on History," which opened at Rice's Moody Center for the Arts June 3.
Houston Chronicle (Subscription is required. This article appeared in the June 9 print edition of the San Antonio Express-News and a previous edition of Dateline.)
http://dateline.rice/june-9-hc

Celebrate the 157th Juneteenth at concerts and events in Houston and Galveston
A roundup mentions that Rice will host "Juneteenth 2022: Freedom Work," a panel discussion on freedom, pathways to a Ph.D. for Black students and Black entrepreneurship, on June 17.
365 Things To Do in Houston
http://dateline.rice/june-9-365

Gymnasts sue the FBI and returning to the office (June 9, 2022)
An episode of "Houston Matters" interviews Luis Guajardo, research manager at the Kinder Institute for Urban Research, about the challenges of getting around Houston, and Lacy Johnson, assistant professor of creative writing, about the book "More City Than Water: A Houston Flood Atlas," a collection of essays and maps she co-edited.
Houston Public Media (This segment also aired on KUHF-FM in Houston.)
http://dateline.rice/june-9-guajardo-johnson

New faculty members
An article features Shantel Blakely and Maggie Tsang, who will join the Rice School of Architecture in the fall as assistant professors.
e-Flux Architecture
http://dateline.rice/june-9-eflux