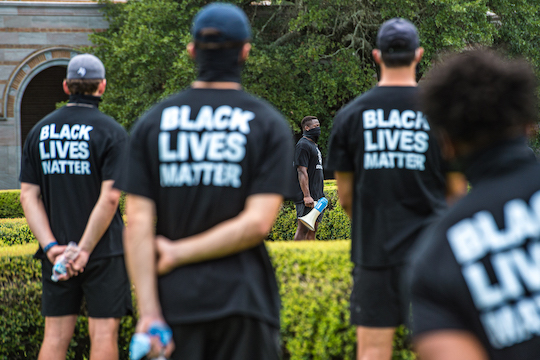 Businesses that offer public declarations of support for the Black community after violent events like the murder of George Floyd and other serious incidents are more attractive to prospective employees and have bigger bottom lines, according to new research from Rice University.

The research, titled “The impact of organizational statements of support for the black community in the wake of a racial mega-threat on organizational attraction and revenue,” was just published in the print edition of Human Resource Management. It examines what happens to businesses that offer public declarations of support for the Black community after race-related “mega-threats” – defined as negative, large-scale, diversity-related incidents that receive significant media attention.

Finally, the third study examined how institutional support for diversity and inclusion affects a company’s bottom line. Companies whose employees perceived higher levels of support for diversity and inclusion (which was assessed using ratings that current and former employees submitted to Glassdoor.com) also reported higher revenue than businesses whose employees did not feel that way.

Mikki Hebl, the Martha and Henry Malcolm Lovett Chair of Psychology at Rice and one of the study’s coauthors, said the findings underscore the power that can lie in organizations’ public expressions of solidarity with marginalized communities, but warned that public statements “are just the first step.”

“By investing in the well-being of their employees and employees’ communities, organizations can play a really important role in moving society closer to a world where everyone can thrive, tragic race-based incidents are few and far between, and the issues that make these statements necessary – including systemic violence, inequality and lack of organizational support for marginalized employees – are no longer a reality,” she said.

Abby Corrington, an assistant professor of management at Providence College, was the study’s lead author and emphasized the increased attention that both consumers and employees are paying to businesses’ activism related to things like social justice and climate change.

“It’s critical that organizations are authentic in their stances on societal issues and not just ‘talking the talk,’” she said. “People expect to see action – follow-through on commitments, investment in marginalized communities and ongoing engagement.”

The article is online at https://www.researchgate.net/publication/360315421_The_impact_of_organizational_statements_of_support_for_the_black_community_in_the_wake_of_a_racial_mega-threat_on_organizational_attraction_and_revenue .