Bacteria-killing drills get an upgrade 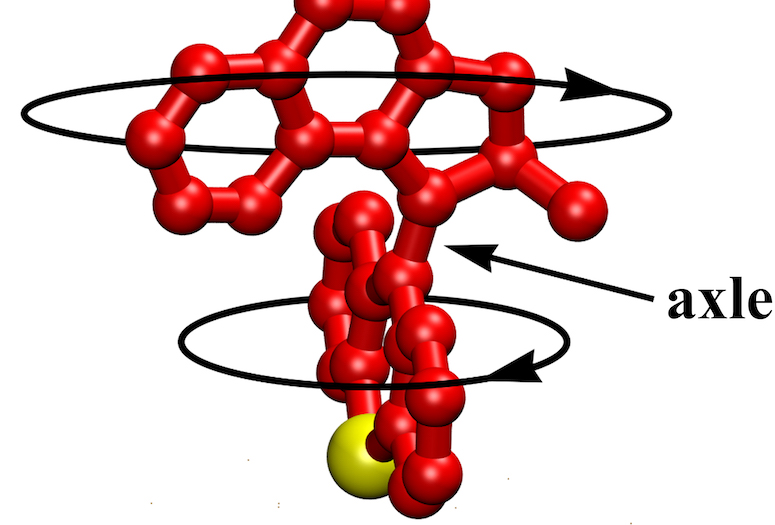 HOUSTON – (June 1, 2022) – Molecular machines that kill infectious bacteria have been taught to see their mission in a new light.

The latest iteration of nanoscale drills developed at Rice University are activated by visible light rather than ultraviolet (UV), as in earlier versions. These have also proven effective at killing bacteria through tests on real infections.

Six variants of molecular machines were successfully tested by Rice chemist James Tour and his team. All of them punched holes in the membranes of gram-negative and gram-positive bacteria in as little as two minutes. Resistance was futile for bacteria that have no natural defenses against mechanical invaders. That means they are unlikely to develop resistance, potentially offering a strategy to defeat bacteria that have become immune to standard antibacterial treatments over time.

“I tell students that when they are my age, antibiotic-resistant bacteria are going to make COVID look like a walk in the park,” Tour said. “Antibiotics won’t be able to keep 10 million people a year from dying of bacterial infections. But this really stops them.”

The breakthrough study led by Tour and Rice alumni Ana Santos and appears in Science Advances.

Because extended exposure to UV can be damaging to humans, the Rice lab has been refining its molecules for years. The new version gets its energy from still-blueish light at 405 nanometers, spinning the molecules’ rotors at 2 to 3 million times per second.

It’s been suggested by other researchers that light at that wavelength has mild antibacterial properties of its own, but the addition of molecular machines supercharges it, said Tour, who suggested bacterial infections like those suffered by burn victims and people with gangrene will be early targets.

The machines are based on Nobel Prize-winning work by Bernard Feringa , who developed the first molecule with a rotor in 1999 and got the rotor to spin reliably in one direction. Tour and his team introduced their advanced drills in a 2017 Nature paper .

The Rice lab’s first tests of the new molecules on burn wound infection models confirmed their ability to quickly kill bacteria, including methicillin -resistant Staphylococcus aureus , a common cause of skin and soft tissue infections that was responsible for more than 100,000 deaths in 2019.

The team achieved visible light activation by adding a nitrogen group. “The molecules were further modified with different amines in either the stator (stationary) or the rotor portion of the molecule to promote the association between the protonated amines of the machines and the negatively charged bacterial membrane,” said Liu, now a scientist at Arcus Biosciences in California.

“Even if an antibiotic kills most of a colony, there are often a few persister cells that for some reason don’t die,” Tour said. “But that doesn’t matter to the drills.”

As with earlier versions, the new machines also promise to revive antibacterial drugs considered ineffective. “Drilling through the microorganisms’ membranes allows otherwise ineffective drugs to enter cells and overcome the bug’s intrinsic or acquired resistance to antibiotics,” said Santos, who’s on the third year of the postdoctoral global fellowship that brought her to Rice for two years and is continuing at the Health Research Institute of the Balearic Islands in Palma, Spain.

The lab is working toward better targeting of bacteria to minimize damage to mammalian cells by linking bacteria-specific peptide tags to the drills to direct them toward pathogens of interest. “But even without that, the peptide can be applied to a site of bacterial concentration, like in a burn wound area,” Santos said.

Tour is the T.T. and W.F. Chao Professor of Chemistry and a professor of materials science and nanoengineering.

https://news-network.rice.edu/news/files/2022/05/0516_MACHINE-1-WEB.jpg
The membranes of infectious bacteria are no match for molecular machines developed at Rice University. The machines are activated by visible light and drill into bacteria, killing them. The drills could also break down the microorganisms’ evolved resistance to antibiotics by letting the drugs in. (Credit: Tour Research Group/Rice University) 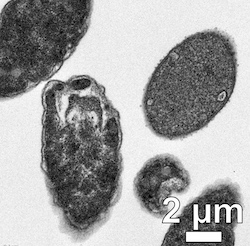 https://news-network.rice.edu/news/files/2022/05/0516_MACHINE-2-WEB.jpg
A transmission electron microscope image shows Escherichia coli bacteria in various stages of degradation after exposure to light-activated molecular drills developed at Rice University. The machines are able to drill into the membranes of antibiotic-resistant bacteria, killing them in minutes. (Credit: Image by Matthew Meyer/Rice University) 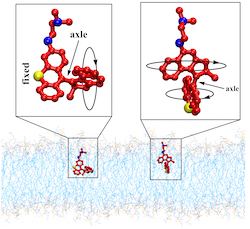