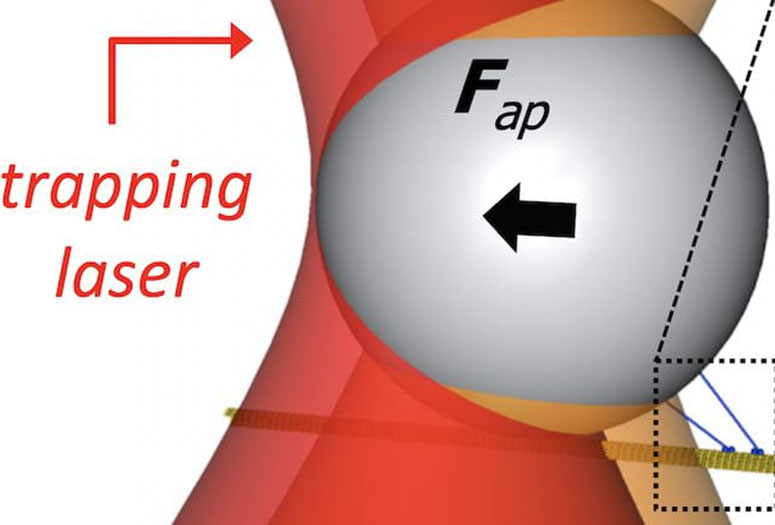 HOUSTON – (Sept. 8, 2021) – Pick up a pea with one chopstick while blindfolded and you’ll get a sense of the challenge researchers face when trying to manipulate single molecules. But that will now become considerably easier for engineers, scientists and students at Rice University.

A team led by Sibani Lisa Biswal of the Brown School of Engineering has won a $1 million National Science Foundation Major Research Instrumentation grant to obtain an optical tweezer, a powerful microscope that will allow researchers to manipulate, measure and monitor micron-scale particles to see how they change over time.

The new tool will bring together material scientists, physicists and biologists at Rice whose domains are becoming ever more collaborative. The Lumicks C-Trap instrument will be the company’s first in Texas, and will be made available not only to Rice researchers but also to collaborators from other institutions.

“Our new faculty member Anna-Karin Gustavsson also builds her own and was excited to learn that Mike and I have, too,” Biswal said. “But it’s not a trivial thing to build or maintain, and as students come and go, we lose the knowledge we need to use it. It took us several years to win a grant to buy a commercial machine.”

Gustavsson, an assistant professor of chemistry who joined Rice as a CPRIT Scholar in 2020, and Robert Raphael, an associate professor of bioengineering, are also co-PIs on the project.

An optical tweezer, which earned its discoverer a Nobel Prize in 2018, uses laser light to push small particles like atoms, molecules and living cells toward the center of another laser, which holds them in place without harm. The tweezer operates with piconewton (one-trillionth of a newton) force.

“I use the analogy that it’s like a tractor beam in ‘Star Trek,’ a beam of light able to hold and manipulate objects,” Biswal said. “The beam has a certain width that can trap the object. Once it’s trapped, it’s almost like a bead with a spring attached to a wall, so you can move it inside the trap.

“If you pull it too much, it will disengage, but all of that gives us information about things like chemical bonds,” she said, noting she’ll use the instrument to manipulate and capture images of colloidal copolymer chains assembled in her lab.

Rice researchers will also use the instrument to enhance understanding of the binding strength of proteins, the physics of lipid membrane systems, the structures and dynamics of charged polymers, the movement of particles inside living cells and the function of auditory hair cells.

The team expects delivery of the instrument early next year.

Read the abstract at https://www.nsf.gov/awardsearch/showAward?AWD_ID=2117380.

This colloidal copolymer chain was assembled into an alternating pattern with optical tweezers in the Rice University lab of engineer Sibani Lisa Biswal. Rice has won a National Science Foundation grant to add a sophisticated optical tweezer to its suite of research instruments. (Credit: Aldo Spatafora-Salazar/Rice University)

An illustration shows how optical trapping could be used to investigate collective, force-generating properties in a complex of motor molecules. A National Science Foundation grant to Rice University to acquire an optical tweezer will advance researchers’ investigation of biological and inorganic molecules. (Credit: Diehl Lab/Rice University)