‘A true pioneer,’ the department works across boundaries in space, time and discipline 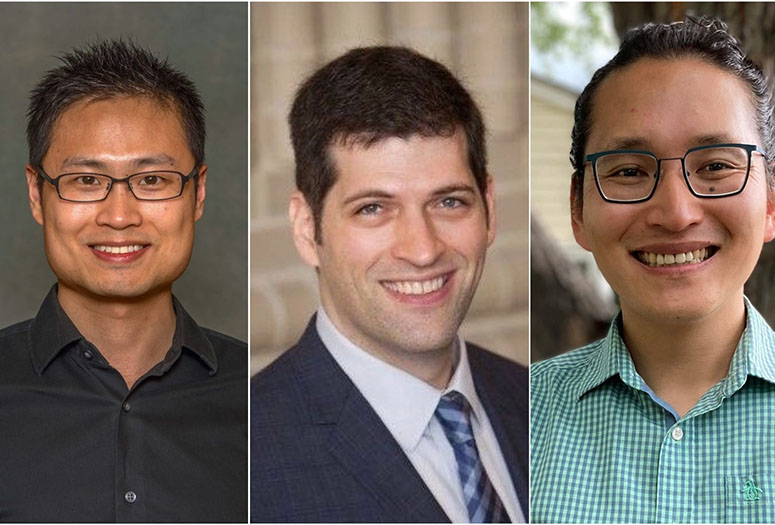 Rice is now offering the largest number of Asian studies courses ever, as recently pointed out on Twitter by Steven Lewis, the C.V. Starr Transnational China Fellow at the Baker Institute for Public Policy and director of undergraduate studies for the Department of Transnational Asian Studies. Among the courses available for fall 2021: Human Mobility in the Asia-Pacific, Cross-Cultural Asian Music, South Asian Diaspora, The Jain Worldview, Studies in Asian Philosophy and too many more to list.

This abundance is thanks in large part to Transnational Asian Studies, a new department that was created only a year ago yet has already grown its faculty by 50% with three new hires. Hundreds applied for the positions, a tribute to the unique nature of the department.

“Our goal is to think of Asia as a series of networks and movements that are global in nature,” said Lisa Balabanlilar, history professor and chair of the department. Their focus, she said, is on “the movement and interplay of ideas, technologies and peoples.” As such, there is no other Asian studies department like it in the nation.

The department was created to build on the standard set by the T.T. and W.F. Chao Center for Asian Studies, which was founded in 2008 with an explicitly transnational focus. Balabanlilar now serves as its director and sought to find faculty for the department whose research and modes of thinking would innately align with this mission as it continues to grow.

Kim works in seven languages, Huntington brings a much-needed background in Asian philosophy and Lu is a Chinese scholar of Japan, in particular its colonial migration into the American West and Brazil.

“What really unifies them is their ability to imagine intellectually across boundaries,” Balabanlilar said.

And as it turns out, Kim and Huntington will also be familiar faces to many in the Rice community. Huntington spent two years as the Annette and Hugh Gragg Postdoctoral Fellow in the Chao Center for Asian Studies prior to his appointment, while Kim earned his bachelor’s degrees in Asian studies and history at Rice, where he was a member of Jones College.

Kim went on to graduate from the University of Michigan with a master’s degree and Ph.D. in history before teaching in the history department at the University of St. Thomas as an assistant professor. His research uses pan-Asian sources and interdisciplinary methods to examine the centuries-long Qing empire in global contexts.

Kim’s inaugural course this semester is a First-Year Writing Intensive (FWIS) on Travel and Modern Asia, in which he’ll bring his Qing expertise to bear as his students read and write about those who traveled across and beyond Asia from the 14th century to the 20th, challenging the misconception that Asian societies were isolated before the arrival of Westerners in the 19th century.

“As an early modern historian with pan-Asian focus, I sometimes feel like the odd one out,” Kim said. “Many historians are not genuinely interested in Asia, and some Asian studies scholars are uninterested in the disciplines and/or areas outside their focus.”

At his alma mater, Kim said, he’s found the “perfect academic home,” one in which he can collaborate with truly interested scholars “across time, space and disciplines.”

With six degrees in painting, drawing, philosophy and South Asian languages and civilizations — including a master of theological studies in Buddhist Studies from Harvard University — Huntington brings a diverse academic background that’s already on display in his coursework this semester.

Along with associate professor of Transnational Asian Studies Shih-shan Susan Huang, Huntington is co-teaching Buddhist and Daoist Art in China as well as a course on Asian philosophy that considers how Buddhism, Hinduism, Jainism, Daoism and Confucianism have changed over time as they’ve crossed various national and cultural boundaries.

“Having a department dedicated to the study of transnational connectivity in Asia represents not only a unique recognition of the centrality of this theme to Asian history but also a remarkable opportunity for truly innovative and interdisciplinary scholarship,” said Huntington, whose award-winning first book, “Creating the Universe,” presented materials from over 2,000 years of history across India, Nepal, Tibet, Bhutan and Mongolia while introducing a new theory of cosmology in religion.

“I believe this department can help lead the way in crossing both national and academic boundaries to foster new visions for Asian studies, and I am tremendously excited to be a part of it,” he said.

Lu earned his Ph.D. in history from the University of Pennsylvania in 2013 and has been teaching history at Michigan State University since 2015. His first book, “The Making of Japanese Settler Colonialism: Malthusianism and Trans-Pacific Migration, 1868-1961,” examined the relationship between Malthusianism, emigration and colonial expansion in the history of modern Japan.

His second book, which he’s now writing, employs multi-lingual and multi-archival work to study Japanese migration to Brazil in the era of New Imperialism. Lu is “thrilled,” he said, to join the team at Rice as “part of its exciting future.”

“I really look forward to working with my colleagues in the department who are so interdisciplinary but share the passion for transnational Asia,” Lu said. “The Department of Transnational Asian Studies at Rice is a true pioneer in the country in terms of its explicit dedication to border-crossing research and teaching.”