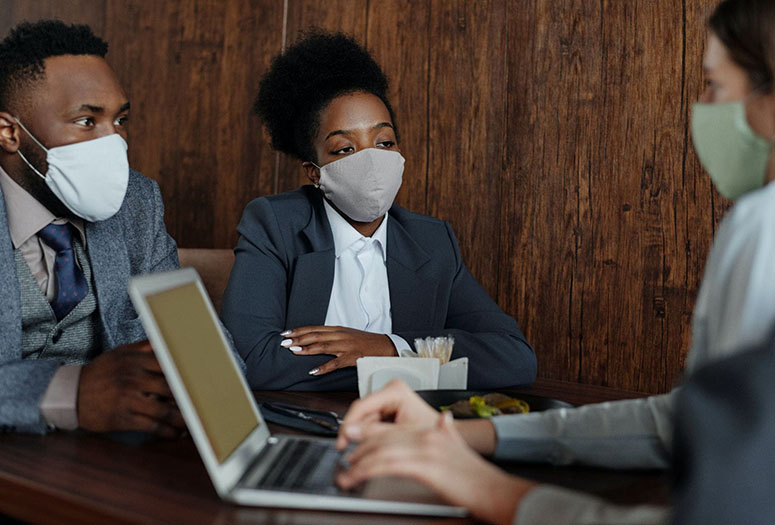 HOUSTON – (April 22, 2021) – During the pandemic, Blacks and Hispanics were more likely to experience lost wages or unemployment than whites, according to a new research brief from Rice University's Houston Education Research Consortium (HERC).

“COVID-19 Pandemic in the Houston Region — Wages and Employment" provides a snapshot of the early months of the pandemic. The brief details results of a survey conducted between March and September, a collaborative effort by HERC and Connective, a local organization focused on disaster recovery and preparedness.

The survey revealed that one in 10 Black workers and one in 10 Hispanic workers lost their jobs, compared to one in 25 white workers. In addition, people with lower-paying jobs were more likely to lose paychecks or their jobs. Around 75% of workers making less than $20,000 a year reported having their wages and employment disrupted in some way, compared to only 25% of workers making $100,000 per year or more. In some industries (e.g. construction; manufacturing; and oil, gas and chemicals), workers earning less were 2 to 3 times more likely to be negatively impacted than workers earning higher salaries.

“Those who were the least well-positioned to withstand the pandemic were the ones to most often experience the severest disruptions to their paychecks or jobs,” said Daniel Potter, an associate director of HERC and an author of the paper.

How many employees were allowed to work from home differed by industry. More than 50% of people in education; oil, gas, and chemicals; and banking and finance industries were able to work at home, compared to only one in five in manufacturing.

“Though many industries shifted to working from home, some, like education workers, have largely been asked to return to in-person," Potter said. "On the other hand, some industries may have been permanently disrupted by the shift to remote work."

How employers engage their employees in the conversation about returning to the office will be an important transition, Potter said, because many people have spent the past year developing new work norms, habits and rituals.
Adults from approximately 9,300 households with children responded to the survey. The brief was co-authored by HERC researchers Gabriela Sanchez-Soto and Kenneth Stice and is available online at https://herc.rice.edu/research/covid-19-pandemic-houston-region-wages-and-employment.