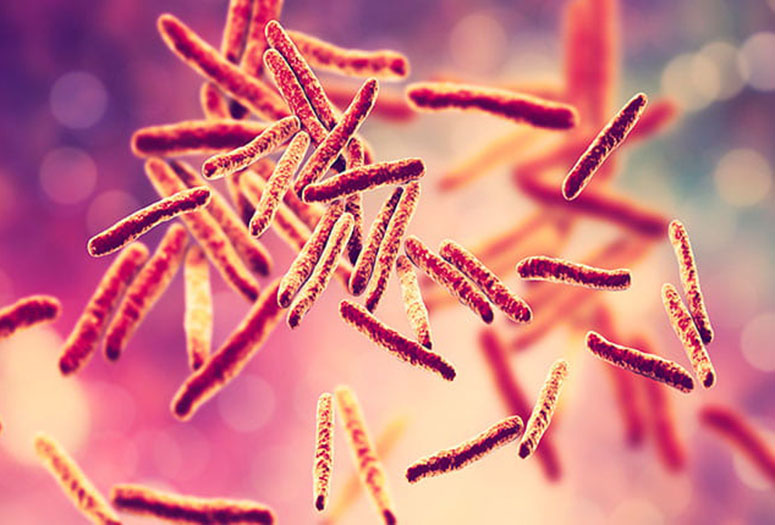 Tuberculosis bacteria have evolved to remember stressful encounters and react quickly to future stress, according to a study by computational bioengineers at Rice University and infectious disease experts at Rutgers New Jersey Medical School (NJMS).

Published online in the open-access journal mSystems, the research identifies a genetic mechanism that allows the TB-causing bacterium, Mycobacterium tuberculosis, to respond to stress rapidly and in manner that is "history-dependent," said corresponding author Oleg Igoshin, a professor of bioengineering at Rice.

Researchers have long suspected that the ability of TB bacteria to remain dormant, sometimes for decades, stems from their ability to behave based upon past experience.

Latent TB is an enormous global problem. While TB kills about 1.5 million people each year, the World Health Organization estimates that 2-3 billion people are infected with a dormant form of the TB bacterium.

One of the most likely candidates for a genetic switch that can toggle TB bacteria into a dormant state is a regulatory network that is activated by the stress caused by immune cell attacks. The network responds by activating several dozen genes the bacteria use to survive the stress. Based on a Rice computational model, Igoshin and his longtime Rutgers NJMS collaborator Maria Laura Gennaro and colleagues predicted just such a switch in 2010. According to the theory, the switch contained an ultrasensitive control mechanism that worked in combination with multiple feedback loops to allow hysteresis, or history-dependent behavior.

"The idea is that if we expose cells to intermediate values of stress, starting from their happy state, they don't have that much of a response," Igoshin explained. "But if you stress them enough to stop their growth, and then reduce the stress level back to an intermediate level, they remain stressed. And even if you fully remove the stress, the gene expression pathway stays active, maintaining a base level of activity in case the stress comes back."

In later experiments, Gennaro's team found no evidence of the predicted control mechanism in Mycobacterium smegmatis, a close relative of the TB bacterium. Since both organisms use the same regulatory network, it looked like the prediction was wrong. Finding out why took years of follow-up studies. Gennaro and Igoshin's teams found that the TB bacterium, unlike their noninfectious cousins, had the hysteresis control mechanism, but it didn't behave as expected.

"Hysteretic switches are known to be very slow, and this wasn't," Igoshin said. "There was hysteresis, a history-dependent response, to intermediate levels of stress. But when stress went from low to high or from high to low, the response was relatively fast. For this paper, we were trying to understand these somewhat contradictory results. "

Igoshin and study co-author Satyajit Rao, a Rice doctoral student who graduated last year, revisited the 2010 model and considered how it might be modified to explain the paradox. Studies within the past decade had found a protein called DnaK played a role in activating the stress-response network. Based on what was known about DnaK, Igoshin and Rao added it to their model of the dormant-active switch.

"We didn't discover it, but we proposed a particular mechanism for it that could explain the rapid, history-dependent switching we'd observed," Igoshin said. "What happens is, when cells are stressed, their membranes get damaged, and they start accumulating unfolded proteins. Those unfolded proteins start competing for DnaK."

DnaK was known to play the role of chaperone in helping rid cells of unfolded proteins, but it plays an additional role in the stress-response network by keeping its sensor protein in an inactive state.

"When there are too many unfolded proteins, DnaK has to let go of the sensor protein, which is an activation input for our network," Igoshin said. "So once there are enough unfolded proteins to 'distract' DnaK, the organism responds to the stress."

Gennaro and co-author Pratik Datta conducted experiments at NJMS to confirm DnaK behaved as predicted. But Igoshin said it is not clear how the findings might impact TB treatment or control strategies. For example, the switch responds to short-term biochemical changes inside the cell, and it's unclear what connection, if any, it may have with long-term behaviors like TB latency, he said.

"The immediate first step is to really try and see whether this hysteresis is important during the infection," Igoshin said. "Is it just a peculiar thing we see in our experiments, or is it really important for patient outcomes? Given that it is not seen in the noninfectious cousin of the TB bacterium, it is tempting to speculate it is related to survival inside the host."

Gennaro is a professor of medicine and epidemiology at Rutgers Biomedical and Health Sciences. Igoshin is a senior investigator at Rice's Center for Theoretical Biological Physics.

The research was supported by the Welch Foundation and the National Institutes of Health.