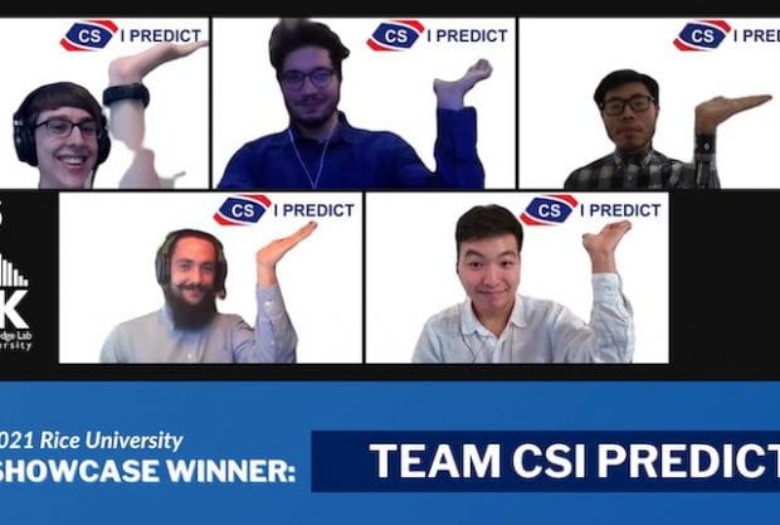 A student project to predict the need for maintenance in natural gas compressors and avoid unexpected shutdowns has won this year’s Data to Knowledge Lab Showcase, a competition to highlight semesterlong capstone projects by interdisciplinary teams that use real-world data to solve problems.

The May 5 virtual event hosted by the Data to Knowledge (D2K) Lab involved students from 16 Rice majors. A dozen teams from the D2K capstone programs, some sponsored by affiliates, and five teams from the Introduction to Data Science course took part.

“You can’t learn data science without getting your hands messy on real datasets that are big and complex,” said Genevera Allen, founder and director of the D2K Lab and an associate professor of electrical and computer engineering, statistics and computer science. “Congratulations to all the student teams who rose above in an unusual academic year and did a fantastic job presenting at the D2K Showcase.”

Each honorable mention-winning member will receive $100.

The Team OpenStax OpenSyllabus project won the Audience Choice award for its natural language processing model to convert unstructured syllabus text into a standardized, structured format. Team members are undergraduates Nicholas Glaze in electrical and computer engineering, Steven Feng in statistics and Timothy Newton in computer science and master’s degree candidate Yikun Li in electrical engineering. Each of them will receive $50.