For some peptides, killing bacteria an inside job 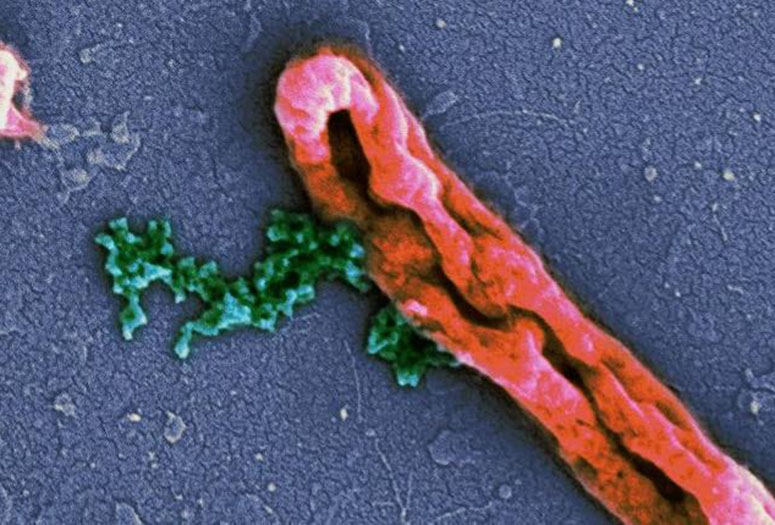 HOUSTON – (Sept. 16, 2021) – Peptides could be primed to solve the knotty problem of antibiotic resistance among humans. Rice University scientists believe they can help.

The Rice lab of chemist Anatoly Kolomeisky modeled a range of antimicrobial peptides (AMPs), natural and varied molecules that aid biological systems, to evaluate the mechanisms they use to stop harmful bacteria. That understanding could help the design of peptides to halt bacteria that have developed resistance to standard antibiotics.

AMPs kill bacteria in two steps: first by attaching to their cell membranes and then inhibiting them. The Rice researchers -- Kolomeisky, postdoctoral associate and lead author Hamid Teimouri and graduate student Thao Nguyen -- found that both stages are equally important against invasive microbes, but that the power of inhibition has been vastly underrated.

According to their calculations, invasion appears to rely on a massive number of peptides -- even in the millions -- to enter the bacteria, but significantly fewer might be required to inhibit bacteria from the inside, where they are particularly good at gumming up the gears.

“There are multiple ways AMP inhibit bacteria,” said Kolomeisky, a professor of chemistry. “They might open the cell membranes, leading bacteria to explode, or they might go inside the bacteria and interrupt their biochemical networks. But there’s still not much known about the microscopic mechanisms of how AMP kill bacterial cells.”

The research appears in the Royal Society journal Interface.

Understanding the peptides’ mechanisms required building a theoretical framework to test how quickly various AMP populations clear bacteria from a system. Those calculations revealed inhibition is equally important as invasion, according to the study.

The results are consistent with experimental data and help explain how and why AMPs appear to be effective at a wide range of concentrations. The researchers also explored the degree of fluctuations in the number of AMPs inside a bacterium.

With more types of AMPs present, the peptides are better at entering and breaking up cells. Less-heterogeneous populations appear to be faster at inhibiting bacteria once inside. They found tuning the AMPs’ entrance and killing rates might help control that level of heterogeneity.

The researchers hope their models help others design therapeutic AMPs that succeed where antibiotics fail, especially by tuning their ability to enter target bacteria.

Kolomeisky is a professor of chemistry and of chemical and biomolecular engineering, and chair of the Department of Chemistry. The Welch Foundation (C-1559), the National Science Foundation (1953453, 1941106) and the NSF-funded Center for Theoretical Biological Physics (2019745) supported the research.

An electron microscope image shows intact Escherichia coli bacteria at top and E. coli leaking chromosomes (green) after disruption by an antimicrobial peptide at bottom. New models by Rice University scientists have determined peptides that invade bacteria and do their damage from the inside are underrated. (Source: Wikipedia)