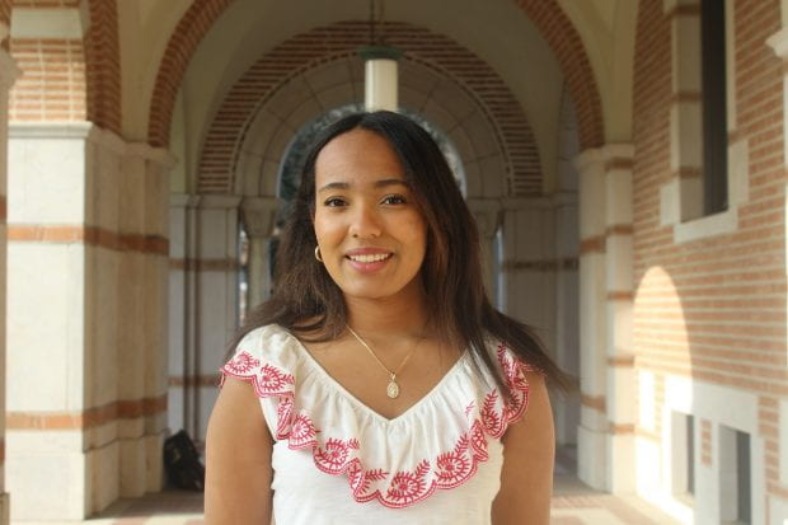 The fellowships for first- and second-year undergraduates include a paid internship at a leading aerospace firm, mentorship and a cash grant of about $2,000 for professional or school expenses.

A recent Aviation Week Network study found that only 6% of U.S. aerospace and defense workers and only 3% of aerospace executives are Black.

“Black engineers are greatly underrepresented in this industry and the Patti Grace Smith Fellowship intends on closing the gap,” Romero said. “I am excited for this opportunity to be surrounded by like-minded individuals with similar backgrounds. Not only will I be working alongside extraordinarily talented peers in this class of fellows, but I will also be able to learn from those who have followed similar career paths.”

Romero underwent a rigorous three-round selection process in which she was vetted by a group of aerospace industry professionals and corporate employers. This summer she will intern at United Launch Alliance (ULA) in Denver.

“I’m looking forward to working with ULA because I was interested in many of their projects before I even applied to be a fellow,” she said. “ULA launched the Mars 2020 Perseverance Rover for NASA, and I remember listening to podcasts about the launch during quarantine.”

Romero says an immersive campus visit during her senior year of high school inspired her to choose Rice.

“I had the opportunity to visit campus and stay with a current Rice student for a weekend,” she said. “I was able to sit in on classes and fully understand the Rice experience. My favorite class that I observed was Dr. Eleazar Marquez’s statics class, and I recently had the opportunity to take the same class last semester.”

That class was one of the factors that led Romero to switch her intended major from bioengineering to mechanical engineering.

“After taking a variety of classes and joining various academic clubs and programs, I realized that mechanical engineering better suited my interests and career goals,” she said. “My time spent at Rice Eclipse, Rice’s student rocketry team, exposed me to the aerospace industry, and I realized that it combines standard engineering principles and the exploration of space, so it’s pretty cool.”

The Patti Grace Smith Fellowship will advance Romero's plans for a career in aerospace, "whether that means working with satellites in orbit or rockets going to Mars,” she said. “That’s a decision I’ll make after I gain more experience.”