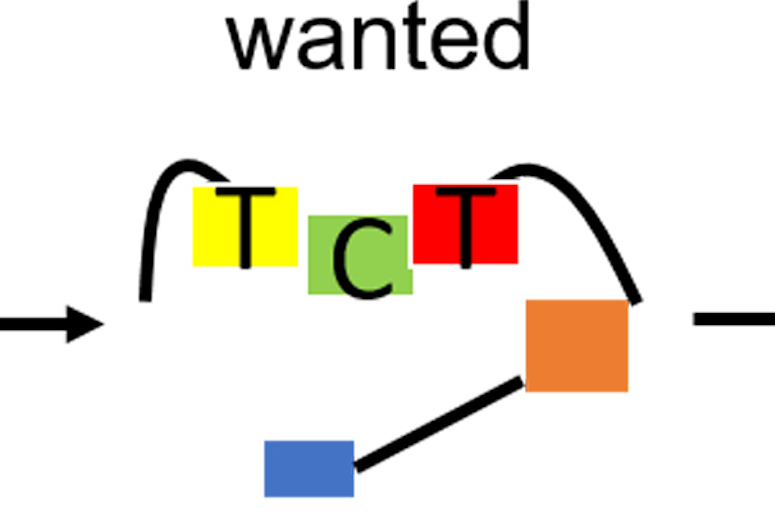 Want to keep the riffraff out of the gene pool party? Sneak in and slam the gate before they arrive.

That’s the central idea of a new strategy by Rice University scientists who seek to avoid gene-editing errors by fine-tuning specific CRISPR-base editing strategies in advance.

Rice chemical and biomolecular engineer Xue Sherry Gao and chemist Anatoly Kolomeisky and their labs combined theory and experimentation for a comprehensive approach to building better base editors, molecular machines that target and fix faulty DNA at single-base resolution.

Their work appears in Nature Communications.

The paper describes the molecular processes that base editors use to manipulate strands of DNA, cutting them where necessary and making way for replacement code. When it works, as it increasingly does to treat genetic diseases like sickle cell anemia and some cancers, the editor only edits the intended nucleotide.

And when it doesn’t, that’s because bystander edits can cause undesired effects.

The Rice strategy primarily seeks to eliminate wayward edits to bystanders, nucleotides adjacent to the base editor’s target. Gao’s lab previously introduced tools to improve the accuracy of CRISPR-based edits of cytosine mutations up to 6,000-fold.

For the new project, she engaged the Kolomeisky lab to help create a theoretical framework to eliminate trial and error in the design of a library of editors. These would better target mutations that cause disease while avoiding bystanders. In the process, the framework could help scientists better understand the chemical and physical processes that take place during base editing.

“Sherry and other experimental scientists already had results that worked,” Kolomeisky said, referring to the earlier paper, in which the lab used its editor to convert cytosines to thymines, correcting the DNA mutations while avoiding otherwise vulnerable cytosines upstream. “But despite these amazing developments, there’s been no microscopic understanding of what we have to do with these protein systems to improve editing.”

He said Qian Wang, a former postdoctoral researcher in Kolomeisky’s lab and now an assistant professor at the University of Science and Technology of China (USTC), Hefei, took on the challenge, using Gao’s cytosine experiment as a baseline.

“We applied the model for that result and got some important parameters we then used to design what mutations and where are needed to get precise editing,” Kolomeisky said. “Ultimately, this symbiosis of theory and experiment allows us to work in a smart way.”

Critically, the framework includes a way to characterize the binding affinity between deaminases -- enzymes that catalyze the removal of an amino group from a molecule -- and single-stranded DNA (ssDNA).

Ideally, they said, the deaminase stays on the ssDNA just long enough to complete the primary edit, and releases before inadvertently editing a bystander site.

“The important thing here is that one mutation doesn't work for different systems,” Kolomeisky said. “So, for every system, you have to do this procedure again, but at least it's clear what should be done.”

“The model has been very successful in reflecting what has already been done experimentally,” Gao said. “But since then, we’ve been able to turn down bystander effects in other base-editing systems.

“Because the number of mutants could be in the thousands, it’s unrealistic for experimentalists alone to verify individual base editors,” she said. “Only this multidisciplinary approach will allow us to build a huge library of editors computationally, then narrow the numbers down to the most promising candidates for further experimental verifications. That’s what we’re working toward.”

Rice postdoctoral researcher Jie Yang is co-lead author of the paper with Wang. Rice undergraduate Jeffrey Vanegas and Zhicheng Zhong, a theoretical physicist at USTC, are co-authors of the paper. Gao is the Ted N. Law Assistant Professor of Chemical and Biomolecular Engineering. Kolomeisky is a professor and chair of the Department of Chemistry and a professor of chemical and biomolecular engineering. 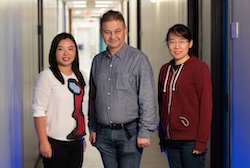 A new strategy by Rice University scientists seeks to avoid gene-editing errors by fine-tuning specific CRISPR-base editing strategies in advance. Their theoretical framework is intended to eliminate trial and error in the design of a library of editors. (Credit: Illustration by Qian Wang/Kolomeisky Lab) 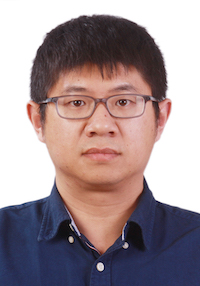