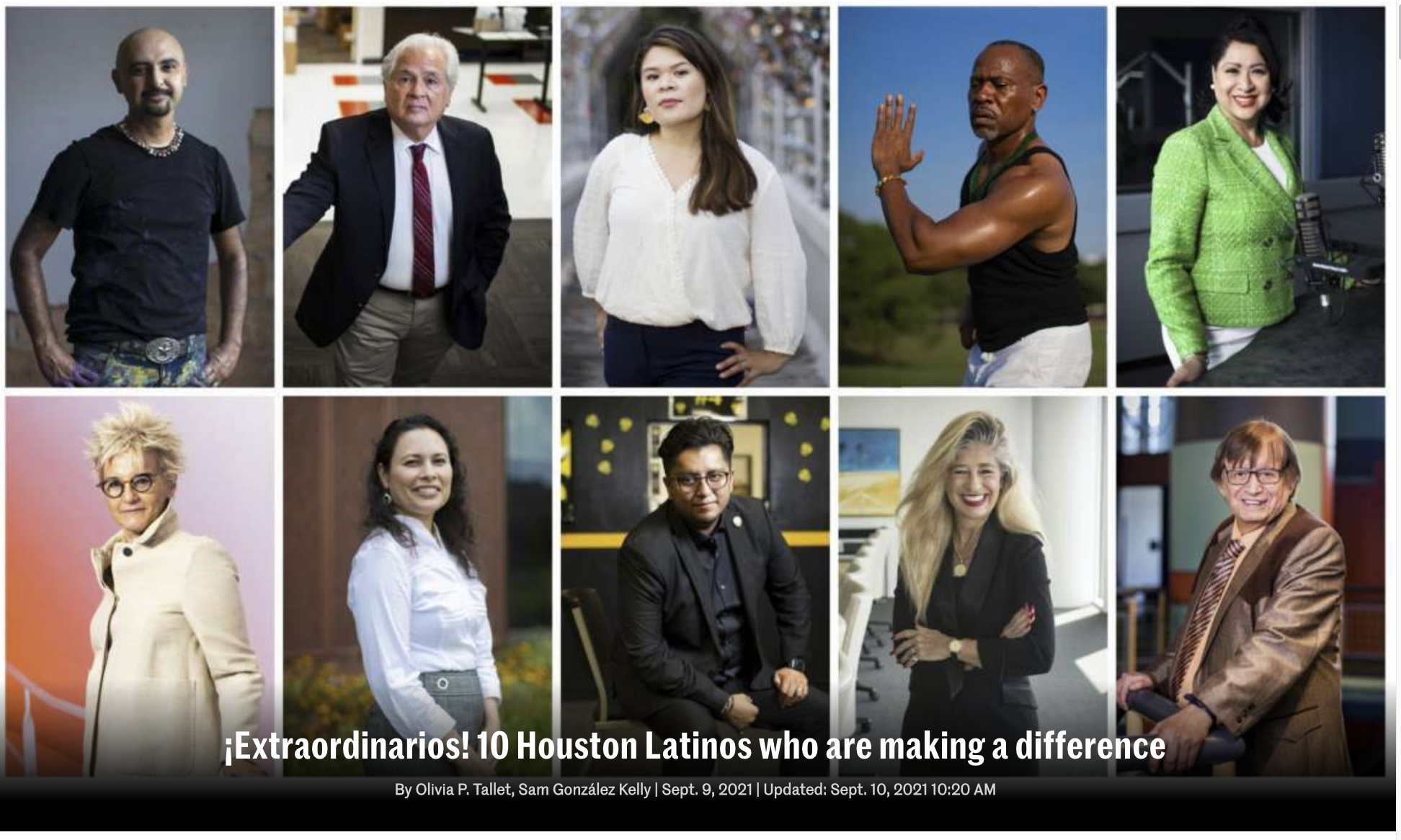 When Rice University mathematics professor Richard Tapia received the call from the Houston Chronicle to let him know he had been selected as one of the top 10 Latinos making a difference in the community, he said he was happy that the selection was bringing more visibility to Rice and his program.

“But I was more happy that a Latino mathematician was featured as a prominent role model,” said Tapia, a professor in the Department of Computational and Applied Mathematics who has an extensive list of achievements, including receiving the National Medal of Science from President Barack Obama and establishing the Tapia Center for Excellence and Equity in Education at Rice. “Our Latino youth need role models. They need to believe that it is possible and rewarding to pursue a career in STEM.”

Tapia was one of four people from the Rice community recognized as a top Latino and featured in a recent Chronicle Sunday story, which described them as helping to make the Houston area “one of the most successful and interesting regions in the country.” The others were sociology professor Ruth López Turley and alumnae Sofia Adrogué ’88 and Angelica Razo ’16.

Lopez Turley directs the Houston Education Research Consortium (HERC), a center within the Kinder Institute for Urban Research that seeks to close socioeconomic gaps in education achievement and attainment through rigorous research. HERC has partnered with 11 Houston-area school districts representing hundreds of thousands of students.

Lopez Turley said that although she was honored to be recognized, she felt that there are many others deserving.

“There are many extraordinary people that do amazing things that never get acknowledged,” she said. “I hope to do a better job of recognizing those around me and being more of an encouragement to them. That’s what this Houston Chronicle piece reminded me to do. I hope we can all do more to encourage the good work around us.”

Razo is the Texas director of Mi Familia Vota, a nonprofit organization whose mission is to build Latino political power through voter registration, engaging voters in political issues and developing leaders. She said she was surprised but honored to be recognized for her community work.

“I love this city, so it was very special to be a part of this recognition,” she said. “I understand that everyone is extraordinary in their own ways. For me, it’s about serving my community, fighting for justice and creating opportunities for new voices.”

Adrogué is a partner at Diamond McCarthy law firm, editor of Texas Business Litigation and a prominent public speaker who has received more than 40 awards and has served on numerous boards, including the Mayor’s Hispanic Advisory Board. She said she was honored and humbled by the recognition.

"My story is a story of intense work, passion and, undoubtedly, grace and good fortune," she said. "As an immigrant from Argentina, I have sought to return in multiples all the opportunities the United States has provided me, whether through my professional or my community endeavors. The United States is the land of opportunity where meritocracy and egalitarianism flourish."

David Medina is director of multicultural community relations in the Office of Public Affairs.