Pasquali available for interviews about using nanomaterials to slash emissions 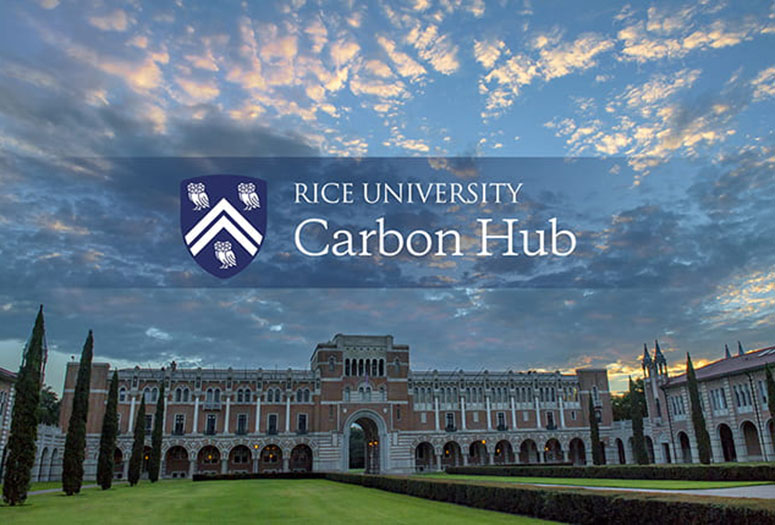 Instead of burning oil and gas, Pasquali says, hydrocarbon molecules could be split into hydrogen and solid carbon. The hydrogen could then be used as a clean-burning fuel that produces no carbon dioxide, while the solid carbon could become a cheap and plentiful source of high-performance materials used by a wide range of industries.

"Each year, we pull more than 10 billion tons of carbon from the ground in the form of oil, coal and natural gas," said Pasquali, a chemical engineer, chemist and materials scientist who directs the Carbon Hub. "That activity accounts for 7% of the global economy, and we need all possible sources of hydrogen. We can keep producing those hydrocarbons as long as we don't burn them."

The Carbon Hub is an ambitious climate change research initiative based at Rice. It’s aimed at using hydrocarbons as feedstock to produce clean hydrogen energy and solid carbon products that can be used in place of materials with large carbon footprints.

In an opinion paper published online this week in the Proceedings of the National Academy of Sciences, Pasquali and Carl Mesters, retired chief scientist for chemistry and catalysis at Shell, discuss how to transition from burning hydrocarbons to splitting them.

Pasquali said the technology already exists to both split hydrocarbons and make solid carbon materials for broad industry adoption. He has studied carbon nanotubes for almost two decades and pioneered methods for spinning the nanomaterials into sewable, threadlike fibers that conduct electricity as well as copper.

"The know-how is there," Pasquali said. "We can make nanotube fibers and composites that outperform metals, but we need to scale manufacturing processes efficiently so these materials can compete with metals on price. If high-performance carbon materials were plentiful enough to compete with metals in terms of price, market forces would take over and we could eliminate metals that today require 12% of our annual global energy budget to mine, process and refine."

In the PNAS paper, Pasquali and Mesters say the transition to a world where hydrocarbons are split rather than burned "will generate robust growth in manufacturing jobs, most of which will stay at the local level where oil and gas are already established." They say no single government or coalition of governments can bring about the transition. Instead, they argue corporate leaders, philanthropists, government officials, scientists and others have incentives to bring about the transition and should work together to make it happen.

"We're in a position similar to solar energy a few decades ago: We know we can deliver performance, but manufacturing and scale have to improve to drive costs down," Pasquali said. "We must get there faster than solar did."

The Carbon Hub launched in December 2019 with a $10 million commitment from Shell and support from the Prysmian Group and Mitsubishi Corp. (Americas). It works with industry partners to fund and direct basic science and engineering for technologies that split hydrocarbons to make both clean hydrogen energy and valuable carbon materials.

To schedule an interview with Pasquali, contact Jade Boyd, associate director of media relations at Rice, at jadeboyd@rice.edu or 713-348-6778.

This expert alert can be found online at news.rice.edu.