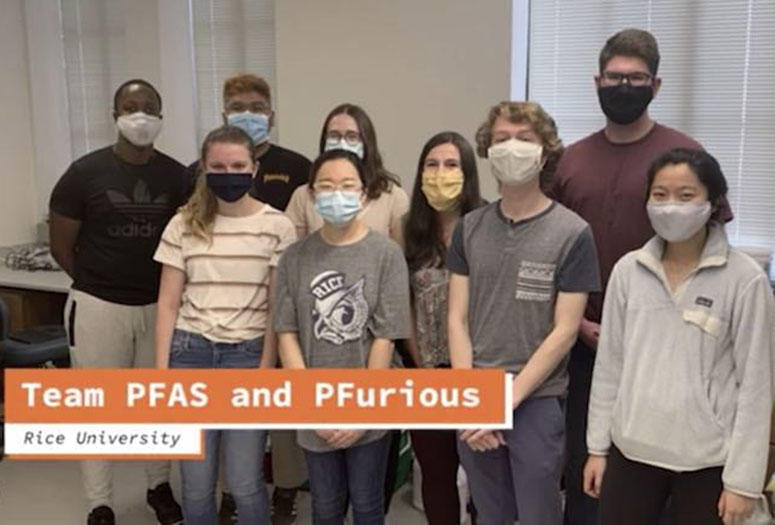 Students at Rice University’s Brown School of Engineering calling themselves “PFAS and PFurious” took four prizes, including first place, in this year’s 31st WERC Environmental Design Contest for their development of a system to remove harmful chemicals from fluids.

They won first place in their division in the 21-team national competition sponsored by the Waste-management Education and Research Consortium based at New Mexico State University.

Their target for destruction was PFAS, a family of 4,000 so-called “forever chemicals” used to make coatings for waterproof clothing, food packaging and nonstick pans, among many other products. These perfluoroalkyl and polyfluoroalkyl substances tend to linger in the environment and have been found in the blood of virtually all Americans.

Over four months, the students designed a photocatalytic PFAS destruction flow process and constructed a working prototype they demonstrated to judges over Zoom in February. (See a video about their process here: https://youtu.be/PSbCJ1QTeI0.)

They were awarded the prizes at the conclusion of the contest on April 14. 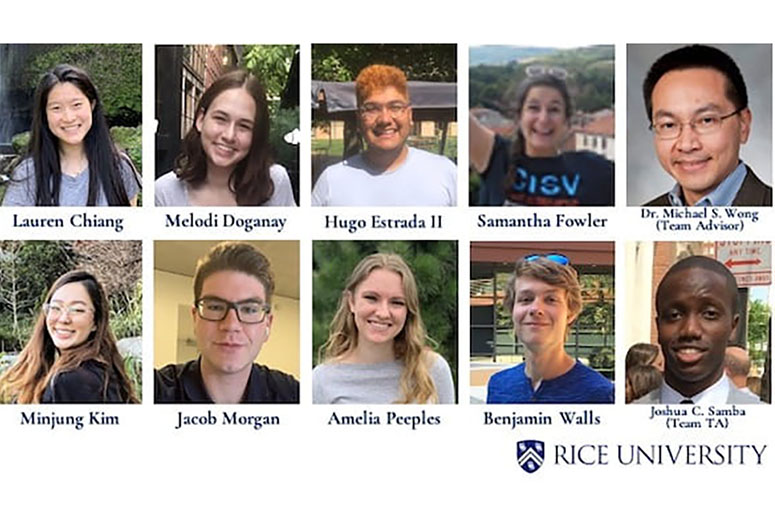 Along with the $2,500 first prize in the PFAS Destruction division, the team won awards for “best flash talk” ($1,000) and “flash talk crowd favorite,” and team member Amelia Peeples won the Terry McManus Memorial Award for individuals with demonstrated passion for the environment ($1,000).

The team was sponsored by Rice’s Chemical and Biomolecular Engineering and Civil and Environmental Engineering departments. It was the university’s first time in the competition.

Wong is the Tina and Sunit Patel Professor in Molecular Nanotechnology and a professor of chemical and biomolecular engineering, chemistry, materials science and nanoengineering and civil and environmental engineering. Last year, Wong’s lab reported its discovery of a process for removing PFOA, one of the PFAS chemicals, from water using boron nitride as a catalyst.

“The team’s design is based around the boron nitride/photocatalysis chemistry my group developed for breaking down PFAS quickly,” Wong said, noting industry members of the Rice-based Nanotechnology Enabled Water Treatment Center provided helpful feedback to the students during early design phases. “The team's process design and prototype have taught us a lot of things, which is helping our research back in my group.”