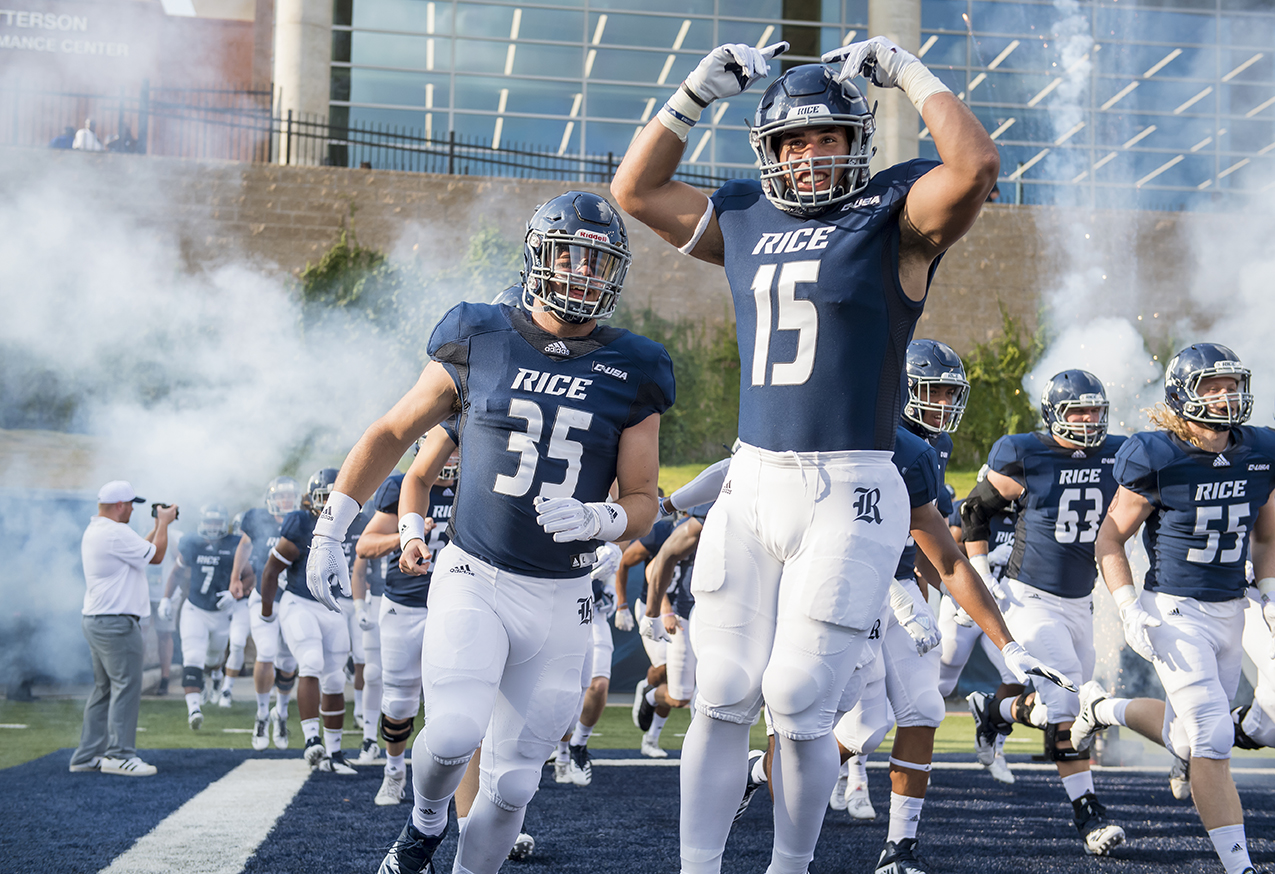 Rice University has accepted an invitation to join the American Athletic Conference (The American), a historic new direction for the school’s athletic department.

“We have been working diligently to position Rice as an attractive candidate when the next round of conference realignment began,” Rice Director of Athletics, Recreation and Lifetime Fitness Joe Karlgaard said. “Today’s invitation to join the American Athletic Conference confirms our approach and aligns with our aspirations to offer an unparalleled experience for our students. The commitment to athletics by our university administration has been crucial to our efforts to move forward, and we’re very grateful for their close partnership. We have strong alignment as we embark on the next chapter in the history of Rice Athletics.”

“We’re thrilled to be joining the American Athletic Conference, and I am especially grateful to Joe Karlgaard for his steadfast leadership in positioning us for and seizing this opportunity,” Rice President David Leebron stated. “We appreciate the strong support from Commissioner (Michael) Aresco and the university presidents. We are excited to be rejoining schools like Southern Methodist University, Tulane University and the University of Tulsa in an athletics conference, to play Navy on a more regular basis and to have the opportunity to participate in athletics with all the other members of the The American. Building on our strength in recent years, including many conference championships, membership in the The American will enable us to take the next steps in achieving our high aspirations for Rice Athletics.”

Rice has been competing in sports on the intercollegiate level since the Rice Institute welcomed its first incoming class of freshmen in 1912. It was one of the original eight schools that joined together in 1915 to form the Southwest Conference and was one of four founding members remaining in the league until its end in 1996. Rice was a member of the Western Athletic Conference from 1996 to 2005, when the Owls moved to Conference USA.

Rice has captured 56 team championships as a member of Conference USA, with 12 of its 16 sports teams winning at least one team title, while earning the conference’s academic achievement honor 13 times in its first 16 years in the league. Most recently, Rice concluded the 2020-2021 season ranked highest among Conference USA institutions in the Learfield IMG College Director’s Cup, which measures broad-based athletic success.

Over the past seven years, Rice has seen nearly $54 million in facility upgrades and new construction projects directly benefitting each of its 16 sports.