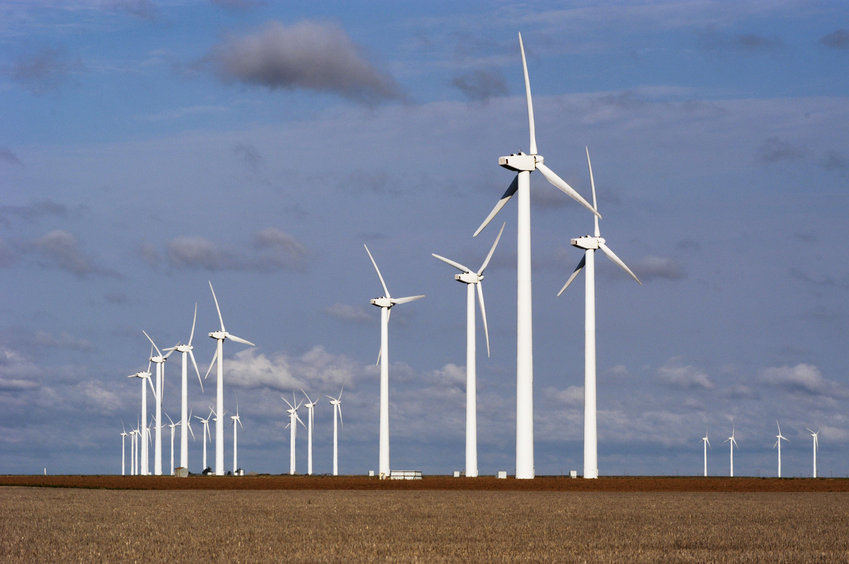 HOUSTON – (Oct. 4, 2021) – The transition to renewable energy will make the U.S. energy supply significantly more secure not only by decreasing the mining and materials required to build fossil fuel systems, but also by avoiding the political risks that threaten fossil fuel supply chains, according to new research from Rice University’s Baker Institute for Public Policy.

The report, “More transitions, less risk: How renewable energy reduces risks from mining, trade and political dependence,” is authored by Jim Krane, the Wallace S. Wilson Fellow for Energy Studies at the Baker Institute, and graduate fellow Robert Idel. They explain that, contrary to popular discourse on the subject, a transition from coal to wind would dramatically decrease the need for mined materials.

“Since transition technologies, with their smaller trade and profit attributes, are supplanting the far larger fossil fuel industry, the rise in ‘energy security’ alarmism may stem from a wish to maintain the more profitable status quo,” the authors wrote.

Renewables will certainly reduce greenhouse gas emissions, but the authors argue analysts and policymakers have paid less attention to the transition’s other benefits. By moving away from the old energy system, the U.S. won’t necessarily have to dedicate so much of its expensive military resources to protecting oil-producing countries and shipments of fossil fuels. In contrast, renewable energy infrastructure requires only upfront mining and trade during construction.

Krane and Idel compare quantities of mined and traded materials required by renewable systems with those of fossil fuels. Their report also explores the risks an energy transition imposes upon the continuity of the U.S. energy supply.

They examine a hypothetical coal-to-wind shift in the Texas electricity market, finding that the mining required to build and install sufficient wind capacity to generate an average of 1 gigawatt per hour for 20 years is equal to the amount of coal mining required to generate the same amount of electricity for less than four years. This includes extracting ores and moving earth in the mining and refining process.

The mining and production of materials needed for wind power infrastructure requires significantly less work. Even if the world increased twelvefold the annual global production of all of the so-called “transition metals” such as lithium, cobalt, rare earths and copper — the materials that make building wind power infrastructure possible — those produced metals would compare to just 3% of 2020 world coal production. And renewable systems depend on trade only to acquire manufactured components and raw materials for making those components, according to Krane and Idel.

“Once the system is operating, no trade is required to sustain it,” they wrote. “Therefore, renewable energy production is not exposed to the political risks and other problems that plague fossil fuel production and shipments, such as interdiction, embargo, civil war, labor actions and other disruptions. Waning dependence on the global fossil fuel trade thus reduces threats to the continuity of energy supplies, a substantial benefit for importing countries.”

The authors added that "security requirements for ‘fuel intensive’ energy systems based on constant supply of combustible commodities are far more onerous, expensive and risk-prone than protection for ‘capital intensive’ renewable systems based on long-lived equipment that harvests energy from sunlight and currents of air and water.”

Under renewable systems, consumers also won’t have to depend on fuels shipped over supply lines that must remain uninterrupted at all costs, Krane and Idel argue.

“Fossil fuel supply chains may stretch for thousands of miles over land and sea, facing constant risks from technical systems failure, human intervention and natural phenomena. These supply chains are enormous,” they wrote. “Trade in oil, gas and coal — shipped around the world in massive quantities every hour of every day — represent between 5% and 10% of total international trade by value, while crude oil, gas and petroleum products amounted to 29% of all seaborne trade tonnage in 2017. Even a small failure can have extreme consequences.”

Energy security concerns will not completely disappear, and renewable power sources still have intermittent generation problems to overcome, but Krane and Idel argue that risks to the continuity of the U.S. energy supply will dissipate as renewables assume a greater share of the energy mix.