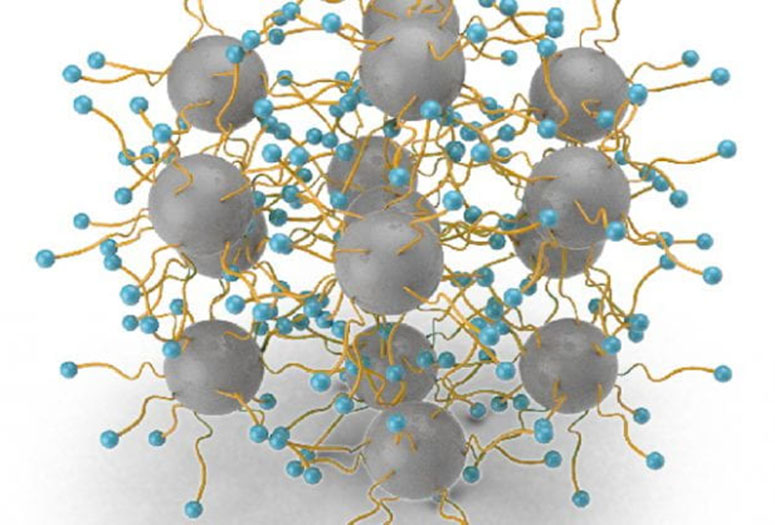 Rice University engineers have assembled what they say may transform chemical catalysis by greatly increasing the number of transition-metal single atoms that can be placed into a carbon carrier.

An international team led by chemical and biomolecular engineer Haotian Wang of Rice’s Brown School of Engineering and Yongfeng Hu of Canadian Light Source at the University of Saskatchewan, Canada, detailed the work in Nature Chemistry.

They proved the value of their general synthesis of high-metal-loading, single-atom catalysts by making a GQD-enhanced nickel catalyst that, in a reaction test, showed a significant improvement in the electrochemical reduction of carbon dioxide as compared to a lower nickel loading catalyst.

Wang said expensive noble metals like platinum and iridium are widely studied by the single-atom catalyst community with the goal of reducing the mass needed for catalytic reactions. But the metals are hard to handle and typically make up a small portion, 5 to 10% by weight or less, of the overall catalyst, including supporting materials.

By contrast, the Wang lab achieved transition-metal loads in an iridium single atom catalyst of up to 40% by weight, or 3 to 4 spaced-out single metal atoms per every hundred carbon substrate atoms. (That’s because iridium is much heavier than carbon.)

“This work is focused on a fundamental but very interesting question we always ask ourselves: How many more single atoms can we load onto a carbon support and not end up with aggregation?” said Wang, whose lab focuses on energy-efficient catalysis of valuable chemicals.

“When you shrink the size of bulk materials to nanomaterials, the surface area increases and the catalytic activity improves,” he said. “In recent years, people have started to work on shrinking catalysts to single atoms to present better activity and better selectivity. The higher loading you reach, the better performance you could achieve.”

“Single atoms present the maximum surface area for catalysis, and their physical and electronic properties are very different compared to bulk or nanoscale systems,” he said. “In this study, we wanted to push the limit of how many atoms we can load onto a carbon substrate.”

He noted that the synthesis of single-atom catalysts has to now been a “top-down” or “bottom-up” process. The first requires making vacancies in carbon sheets or nanotubes for metal atoms, but because the vacancies are often too large or not uniform, the metals can still aggregate. The second involves annealing metal and other organic precursors to “carbonize” them, but the metals still tend to cluster.

The new process takes a middle approach by synthesizing GQDs functionalized with amine linkers and then pyrolyzing them with the metal atoms. The amines crosslink with the metal ions and keep them spread out, maximizing their availability to catalyze reactions.

“The maximum appears to be about 3-4 atomic percent using this approach,” Wang said. “Future challenges include how to further increase the density of single atoms, ensure high stability for real applications and scale up their synthesis processes.”

Rice University and The Welch Foundation supported the research.