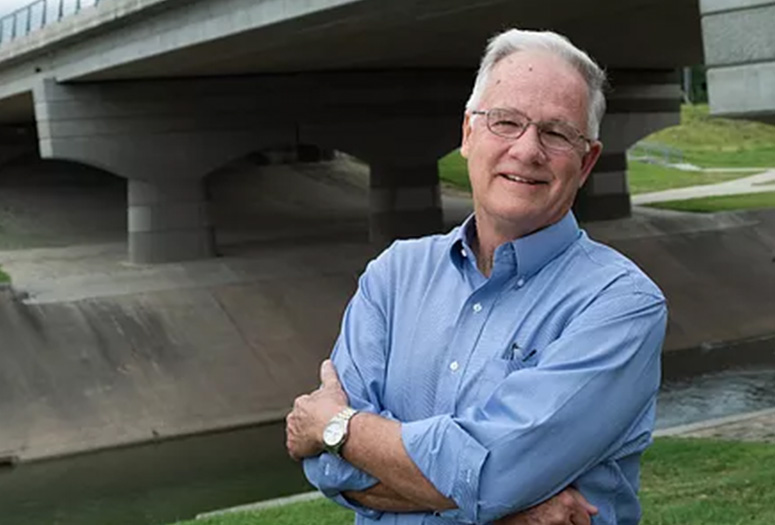 In more than 45 years at Rice, Bedient has taught generations of engineering students, directed more than 100 research projects, written more than 200 peer-reviewed articles, lead-authored one of the most widely used textbooks on hydrology and flooding, and pioneered the use of technology for flood prediction and early warning.

In announcing the award, the institute said Bedient “has become one of the most notable national figures in surface water hydrology, especially as it relates to flooding and stormwater runoff.”

In the 1990s, Bedient developed one of the United States’ first radar-based rainfall flood alert systems (FAS) for Rice and the Texas Medical Center. That system, which is in its fifth generation, FAS5, has performed accurately in more than 60 storms, including Tropical Storm Allison and Hurricane Harvey. Bedient has since developed a number of FAS systems in Texas, including the City of Houston’s Flood Information and Response System, or FIRST, which debuted this year.

In 2009, Bedient formed Rice’s Severe Storm Prediction, Education and Evacuation from Disaster Center (SSPEED). With 15 investigators from seven universities, SSPEED is one of the Gulf Coast region’s leading university-based research centers for severe-storm and hurricane research.

Bedient is a fellow of the American Society of Civil Engineers and was previously honored with the American Institute of Hydrology’s C.V. Theis Award in 2007.