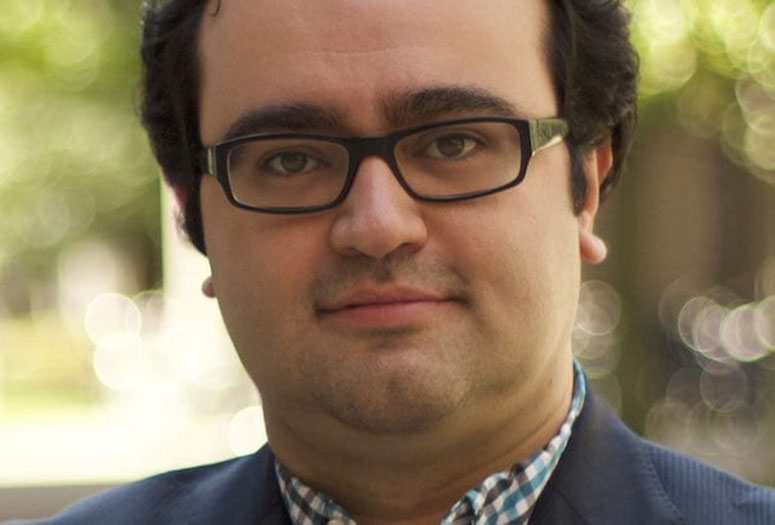 Atmospheric blocking is known to cause or exacerbate extreme weather events, but much about them remains a mystery. Rice University fluid dynamicist Pedram Hassanzadeh has won a prestigious National Science Foundation CAREER Award to study these events with an eye toward better understanding the physics behind their complex mechanics.

CAREER grants are awarded to fewer than 400 early career engineers and scientists each year who are expected to make significant impact in their disciplines.

The five-year, $735,000 award will allow Hassanzadeh and his lab to study blocks, which are large-scale, quasi-stationary, high-pressure systems that persist from five days to a few weeks in the middle latitudes between 40 and 60 degrees. In the northern hemisphere, this includes most of the United States and Canada.

“The main component of the middle latitude atmosphere is the jet stream of strong, turbulent winds in the first 10 kilometers of the atmosphere that generally go from west to east,” said Hassanzadeh, an assistant professor of mechanical engineering at Rice’s Brown School of Engineering. “They can be pretty fast, about 100 miles per hour on average, and you see them as wavy lines on the weather.

“The news also shows you high- and low-pressure systems, and generally these systems move and local weather changes daily,” he said. “But sometimes these high-pressure systems stop moving. They get stuck. And when that happens for more than five days, they’re called blocking events.”

They can wreak havoc, prompting heat waves and cold spells. “In 2010, there was a heatwave over Russia that lasted for a month and killed thousands,” Hassanzadeh said. “In 2003, there was one in France. And specifically for Houston, one reason Harvey didn’t move was because a blocking event over the western U.S., with clockwise circulation, prevented it from moving up. This year, during the cold snap, there was a blocking event over Canada.

“These events show up a lot in association with extreme weather but their dynamics are still not well-understood, even though people have been looking at them since the 1940s,” Hassanzadeh said. Poor understanding of the dynamics of blocks has hindered decades of effort focused on improving the prediction of extreme events and projecting how these events might change in the future, he said.

Blocks are thought to involve complex interactions between small and large turbulent swirling flows, and understanding them requires novel methods and approaches, Hassanzadeh said. His group has been developing such methods for atmospheric turbulence and extreme events.

An earlier study from his group used climate models to suggest blocking events in the northern hemisphere will become as much as 17% larger due to anthropogenic climate change.

The CAREER grant includes funds for a Research Experiences for Teachers program with research positions and workshops for high-school science teachers. The grant will also facilitate the development of materials to teach climate science and a course to introduce college students to climate science and applications of math, advanced computing and artificial intelligence to climate research.