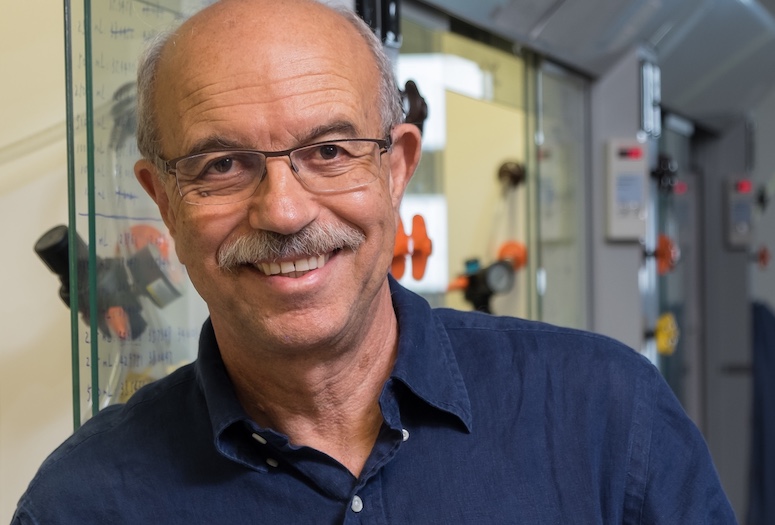 K.C. Nicolaou, the Harry C. and Olga K. Wiess Professor of Chemistry, has been awarded the Robert Koch Gold Medal for his life’s work in biomedical science.

The annual prize is awarded by the Robert Koch Foundation, founded in 1907 in Berlin to promote basic scientific research into infectious disease as well as exemplary projects to solve medical and hygienic problems. An award ceremony will take place at the Berlin-Brandenburg Academy of Sciences on Nov. 19 at 9:30 a.m. Central time, and will be streamed on LinkedIn.

Nicolaou, who joined Rice in 2013, specializes in the total synthesis of natural substances that can help treat disease but are not found in sufficient quantities to be useful. His labs at Rice and, earlier, at the Scripps Institute; the University of California, San Diego; and the University of Pennsylvania have developed chemical synthesis routes for hundreds of natural products, making them available for widespread use.

Nicolaou’s most notable achievements are the first synthetic access to the anticancer drug paclitaxel and the antibiotic vancomycin.

A native of Cyprus, Nicolaou studied chemistry at the University of London, completing his bachelor's degree in 1969 and Ph.D. in 1972. He was a postdoctoral researcher at Columbia University and Harvard University.

Nicolaou recently published an autobiography detailing his adventures in chemistry and beyond.

The prize is named after physician and microbiologist Robert Koch, who founded modern bacteriology and received the Nobel Prize in Physiology or Medicine in 1905. Koch headed the Institute for Infectious Diseases in Berlin from 1891 until his retirement in 1904.

Previous honorees include Dr. Anthony Fauci, director of the National Institute of Allergy and Infectious Diseases, who won the award in 2013.