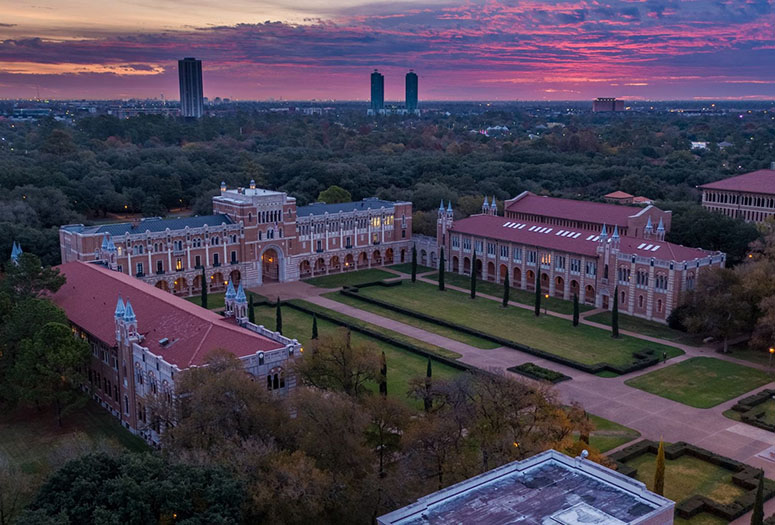 What can the relationships between the Prophet Muhammad and ancient Christians teach us about today's relations between the religions?

More than you may think, according to Rice University's Craig Considine, a lecturer of sociology. He examines these interactions in his newest book, "People of the Book: Prophet Muhammad’s Encounters with Christians."

Considine describes the book as somewhat biographical, taking readers on a journey through Muhammad's life and his interactions with Christians in the Arabian Peninsula. As he explores these relationships, Considine considers the respective beliefs of the people Muhammad encountered, including how they felt about Jesus and Christianity as a whole.

“Throughout his life Prophet Muhammad met with Christian monks, merchants, allies, bishops, prophets, nations and statesmen," he says. "These encounters allow us to reflect upon the intersections of Christianity and Islam and the different kind of Christian communities in Muhammad’s midst. But more importantly, Muhammad’s relationships with Christians provide sociological and theological insight on how today’s Christians and Muslims can bridge the gap to resolve conflicts around the world.”

The book also explores the common ground and unity between the Abrahamic faiths, which include Christianity, Islam and Judaism, and broader context on the history of these religions.

Considine's seventh book is based on careful research of works by historians and theologians, through which he highlights the idea central to Muhammad’s vision: an inclusive Ummah, or Muslim nation, rooted in citizenship rights, interfaith dialogue, and freedom of conscience, religion and speech.

“My hope for this book is that it helps redefine Christian and Muslim relations as we know them," Considine says. "Instead of viewing these interactions through the lenses of either conflict or tolerance, I offer a different narrative, one that stresses the synthesis between Christianity and Islam, as well as the unity among adherents in the seventh century. Prophet Muhammad’s life shows us that Christians and Muslims can be true allies to one another.”

Considine hopes the book will appeal to a general audience as well as scholars and faith leaders looking to better understand and foster Christian-Muslim relations. He dedicated the book to Pope Francis because of his devotion to the "culture of encounter," or support of interaction of people from all backgrounds to promote peace and understanding.

"Pope Francis really embraced this culture of encounter in bridging the gap between the world's two largest religions — Christianity and Islam — and this was something very important to Prophet Muhammad as well," Considine says. "Both religions have faced significant struggles and challenges in different parts of the world, and I hope the stories and legacy of friendship and cooperation between Christians and Muslims presented in this book will provide some important lessons that can improve interfaith relationships in our world today."

More information on the book is available online at https://www.hurstpublishers.com/book/people-of-the-book