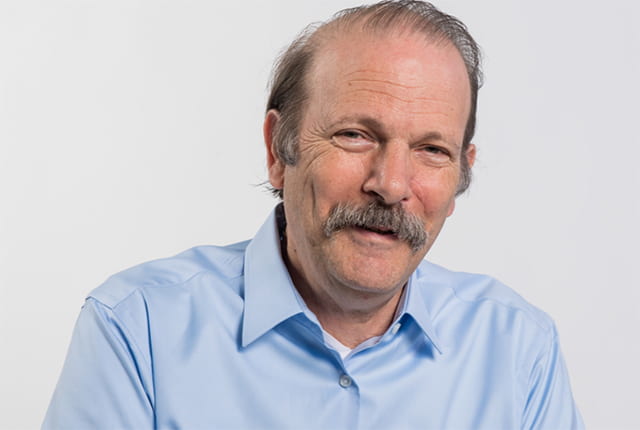 Rice's Moshe Vardi has won the 2020 ACM/AAAI Allen Newell Award for his influential work at the interface of logic and computer science.

Vardi, University Professor and the Karen Ostrum George Distinguished Service Professor in Computational Engineering, and University of Toronto computer scientist Hector Levesque each received the Newell Award, which honors career contributions that have breadth within computer science, or that bridge computer science and other disciplines. Vardi was recognized for "contributions to the development of logic as a unifying foundational framework and a tool for modeling computational systems."

It's been a busy month for Vardi. Last week he was awarded one of theoretical computer science's top honors, the Donald E. Knuth Prize, by the ACM and the Institute for Electrical and Electronics Engineers (IEEE), and he's delivering the prestigious annual Vienna Gödel Lecture May 27.

In its Newell Award announcement, the ACM cited Vardi's fundamental contributions to a wide range of fields, including database theory, program verification, finite-model theory, reasoning about knowledge and constraint satisfaction.

"The award fits Moshe perfectly," said Chris Jermaine, chair of Rice's Department of Computer Science. "I'm a database researcher, and the database research community regards Moshe as one of its own. He's got one of the classic papers in the database field. But people in artificial intelligence, formal methods, and logic feel the same way about Moshe. I met a philosopher from one of the world's top universities who knew I was from Rice and asked, 'Do you know Moshe Vardi?' To each of those areas, Moshe's one of them and has made fundamental contributions."

Vardi joined Rice's faculty in 1993. He teaches logic and research ethics across Rice’s curriculum and is a faculty scholar at the Baker Institute for Public Policy and the leader of Rice’s Initiative on Technology, Culture and Society. He has authored or co-authored more than 600 articles and two books and is a senior editor of Communications of the ACM, after having served for a decade as editor-in-chief.

– Heather Ferreyra is a publicist and marketing specialist in Rice’s Department of Computer Science.