Mask up, and make ’em tight 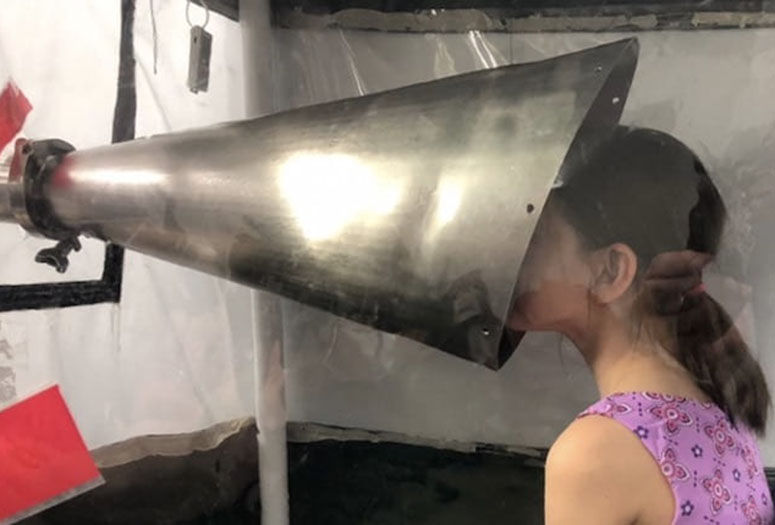 A loose-fitting mask may be doing you no favors if you’re around SARS-CoV-2.

The virus that causes COVID-19 is evolving to spread more efficiently through aerosols -- that is, through people’s breath. That makes tighter-fitting masks and better ventilation musts, according to a study by scientists at Rice University and their colleagues.

Computer scientist Todd Treangen of Rice’s George R. Brown School of Engineering was part of a team led by colleagues at the University of Maryland that showed people infected with the alpha variant, which was the most prevalent variant when the study was conducted, spread 43 to 100 times more virus into the air than the original COVID-19 strain.

The study in Clinical Infectious Diseases also suggested that loose-fitting cloth and surgical masks reduced the amount of virus that gets into the air around infected people, but only by about half. The study employed the Gesundheit II machine, which was developed by the University of Maryland principal investigator Dr. Don Milton, to measure the viral load in exhaled breath.

The researchers found that alpha, the strain that first appeared last November, was present in greater amounts in nasal swabs and saliva, but the amount being spread through breath was 18 times greater.

“Virus from the nose and mouth might be transmitted by sprays of large droplets up close to an infected person,” said co-lead author Jianyu Lai, a doctoral student at Maryland. “But, our study shows that the virus in exhaled aerosols is increasing even more.”

The team at Rice, including Treangen and third-year graduate student Nicolae Sapoval, performed computational analyses to assemble and confirm the presence of the SARS-CoV-2 alpha variant.

Treangen emphasized that while vaccines remain the gold standard to knock the virus down, tight-fitting masks and good building ventilation are key in limiting the spread of the current variation of concern, delta.

Treangen and Sapoval are co-authors of the paper along with researchers at the University of Maryland School of Public Health and School of Medicine, Walter Reed Army Institute of Research and Duke-NUS Medical School.