Manageable K-12 education funding shortfalls should not be an impediment to energy transition, says Baker Institute 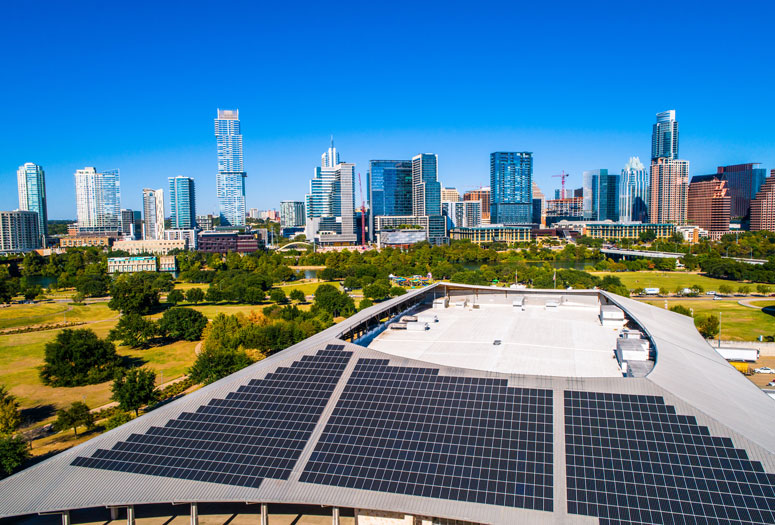 HOUSTON – (Nov. 9, 2021) – The funding model for Texas K-12 education relies in part on the state’s energy sector – specifically its fossil fuel industry – raising questions about the impact on the state budget from the shift toward low-carbon and renewable energy. New research from Rice University’s Baker Institute for Public Policy forecasts the size of the projected funding shortfall through 2050 and proposes a series of policy solutions to address what the authors describe as a “manageable deficit.”

The report, “The Effect of Transition to Low-Carbon Energy on Texas Tax Revenues: 2021-2050,” was co-authored by fellows and public finance experts Jorge Barro , John Diamond and Richard Evans .

According to the report, education-funding shortfalls would start between 2022 and 2029, with average annual shortfalls reaching $2.5 billion. “We predict that education funding will decrease by between $13 billion and $120 billion over the next 30 years,” the authors wrote.

Although these numbers seem large, they only represent between 0.5% and 3% of the total baseline K-12 funding over the next 30 years. The authors argue that these deficits can be offset by modest policy changes to raise more revenue or reduce spending to balance the budget, implemented in a timely manner. “The projected funding shortfalls should not be an impediment to the shift that is underway,” Diamond said.

The Texas Constitution prohibits certain types of taxes, such as income taxes and a state-level property tax. As a result, Texas relies on consumption and business taxation.

“The state of Texas currently levies a 6.25% statewide sales tax rate that generated $34 billion in revenue in 2020,” the authors wrote. “That amounts to roughly $5.4 billion for each percentage point of the state sales tax, so increasing the sales tax rate by one percentage point would raise enough revenue to nearly offset the worst-case-scenario annual decline in revenue in 2050 and would raise twice as much revenue as the average revenue shortfall of $2.5 billion over the next 30 years.”

Legalizing gambling and gaming in Texas could also raise a significant amount of revenue if the industry expanded as it has in other states. Neighboring states have various forms of legalized gambling, leading to an outflow of revenues across state lines.

“We are not advocating for any single option, and we recognize that there are many other options available to fill the projected shortfalls, such as more fundamental reforms of the franchise tax or increasing excise tax rates,” the authors wrote. “More research on the economic effects of the various options is needed and will help policymakers determine the most efficient and equitable policy response.”

The study was funded by the Jacob and Terese Hershey Foundation and the Cynthia and George Mitchell Foundation.

To schedule an interview with Barro, Diamond or Evans, or for more information, contact Jeff Falk, director of national media relations at Rice, at jfalk@rice.edu or 713-348-6775.

Founded in 1993, Rice University’s Baker Institute ranks as the No. 1 university-affiliated think tank in the world and the No. 1 energy think tank in the world. As a premier nonpartisan think tank, the institute conducts research on domestic and foreign policy issues with the goal of bridging the gap between the theory and practice of public policy. The institute’s strong track record of achievement reflects the work of its endowed fellows, Rice University faculty scholars and staff, coupled with its outreach to the Rice student body through fellow-taught classes — including a public policy course — and student leadership and internship programs. Learn more about the institute at www.bakerinstitute.org or on the institute’s blog, http://blog.bakerinstitute.org .