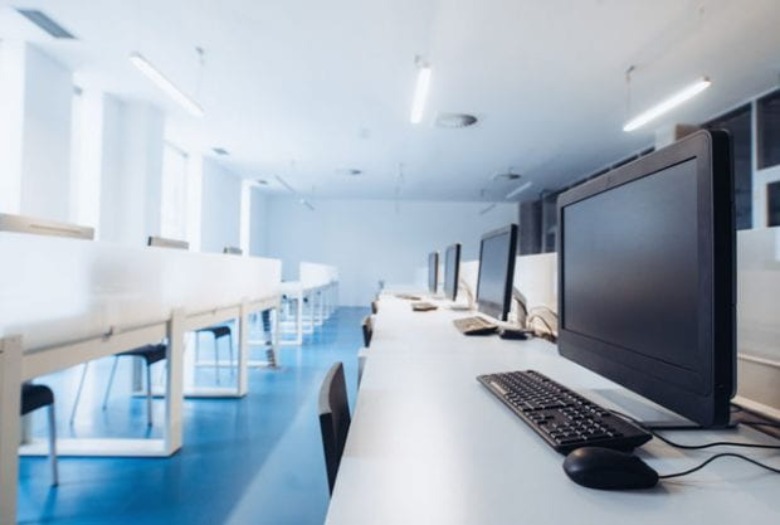 Increased internet-access spending by Texas public schools improved academic performance but also led to more disciplinary problems among students, a study of 9,000 schools conducted by a research team from Rice, Texas A&M University and the University of Notre Dame shows.

Whether students benefit from increased internet access in public schools has been an open question, according to the researchers. For example, some parents and policy advocates contend it increases children's access to obscene or harmful content and disciplinary problems. Others believe it promotes personalized learning and higher student engagement.

To date, this is the largest and most comprehensive study linking school internet-access spending to academic and disciplinary outcomes, the researchers said.

The team found that increased school district internet spending is associated with not only improved graduation rates, but also higher numbers of students meeting SAT/ACT criterion and completing advanced courses. It also led to an improvement in commended performance in math, reading, writing and social studies. Interestingly, the researchers noted these improvements were stronger for students who lived in counties with greater internet access (as measured by the number of broadband providers).

On the flip side, increased school district internet spending also led to higher rates of disciplinary problems at schools, they said.

The team also calculated how much economic benefit a school district’s internet access will bring students during their lifetimes. It found that a $600,000 increase in annual internet-access spending produces a financial gain of approximately $820,000 to $1.8 million per school district, together with losses from disciplinary problems totaling $25,800 to $53,440.

In other words, investments in internet access are well worth the costs.

“We are proud that Texas public schools can serve as a live learning case for understanding education policy,” said study co-author Vikas Mittal, a professor of marketing at Rice's Jones Graduate School of Business. “Investments in internet access provide clear and meaningful academic benefits. Yet, schools need to implement policies to address increased disciplinary issues such as cyberbullying.

“K-12 education has transformed into virtual learning due to COVID-19," he continued. "Our research conclusions apply to a setting where physical learning is supplemented by internet access.”

However, Mittal cautioned that these benefits cannot be expected to hold if physical learning is completely supplanted by internet-based learning.

The paper, “Investigating the Academic Performance and Disciplinary Consequences of School District Internet Access Spending,” which appeared in the February issue of the Journal of Marketing Research, was co-authored by professors Shrihari Sridhar of Texas A&M and Yixing Chen of Notre Dame. It can be downloaded at https://doi.org/10.1177/0022243720964130.