How should we decide who deserves to be honored with a statue? 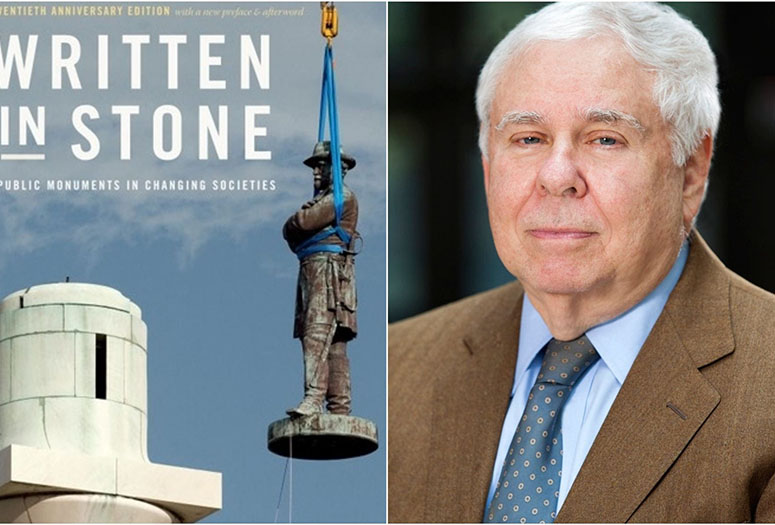 The demolition of Vladimir Lenin statues was so widespread during the fall of the former Soviet Union that a handy nickname for the movement emerged: Leninopad, which roughly translates to “Lenin-fall,” like snowfall — statues of the failed government’s founder tumbling down in a blizzard across Russia, Ukraine and elsewhere in the collapsing USSR.

“It is unlikely that many of us believe that Russians had some obligation to preserve the statues of Lenin or of Felix Dzerzhinksy, the founder of the notorious KGB,” wrote Sanford Levinson, professor of government at the University of Texas at Austin, in a 2017 article for Texas Monthly on the removal of statues to the U.S. Confederacy.

“Nor were many heard objecting to the tearing down of a giant statue of Saddam Hussein upon the entry of American troops into Baghdad in 2003,” Levinson continued. “Yet one can also presume that anyone proposing to tear down statues of tyrannical pharaohs from ancient Egypt would be treated as little better than a barbarian, as was the case with the Taliban’s destruction of Buddhist statues in Afghanistan.”

During an April 13 lecture that’s free and open to the public, Levinson will address the question of how and why we choose to memorialize anyone in statue form in the first place.

"How Should We Decide Who Deserves Public Honor and Memorialization in Statues?” brings Levinson into conversation via an online webinar sponsored by Rice’s Program in Politics, Law and Social Thought (PLST), a joint venture between the schools of Humanities and Social Sciences. His lecture will take place at 4 p.m. via Zoom.

“Professor Levinson has been one of the leading commentators on the United States Constitution for half a century,” said Peter Caldwell, the Samuel G. McCann Professor of History and PLST director. “He has an instinct for hard and controversial questions, from war crimes and torture to gun rights and the extraordinary power of the U.S. president.”

Levinson’s 1998 book “Written in Stone: Public Monuments in Changing Societies” has become an increasingly vital piece of scholarship in the decades since it was first published. In it, Levinson examines controversies over monuments across the world and statues of Confederate generals in the U.S. South.

“What he described has become more, rather than less, controversial in the United States over recent years,” Caldwell said. “Not least on the campus of Rice University.”

Student and alumni campaigns to remove the statue of William Marsh Rice — founder and namesake of the university, as well as a documented slave owner — emerged last summer after the killing of George Floyd, as a wave of other monuments and memorials across the U.S. were toppled or removed because of their association with slavery or racial injustice.

Soon enough, the question of whether or not to keep the statue in the academic quad was among the issues being actively contemplated by Rice’s Task Force on Slavery, Segregation and Racial Injustice -- and, indeed, throughout the entire Rice community.

Ironically, Caldwell had planned for Levinson to deliver a lecture at Rice before any of this happened, after Caldwell “ran into” Levinson at a virtual conference early in 2020.

“But the question has been opened to the general public, from alumni to present students to faculty and so on, so now’s the time to have a big conversation,” said Caldwell, who’s excited to hear Levinson’s take on the topic from a broader perspective.

“Instead of tackling issues that are very personal to a lot of people, Sandy is going to step back and raise these bigger issues — and most importantly: Why should we assume that every statue has to be here forever?” Caldwell said. “Why should we ever assume that we can fix historical standards or perceptions of people in stone, when history always changes?”

“How Should We Decide Who Deserves Public Honor and Memorialization in Statues?” featuring Sanford Levinson, April 13, 4 p.m., Zoom. Free and open to the public. Register online.