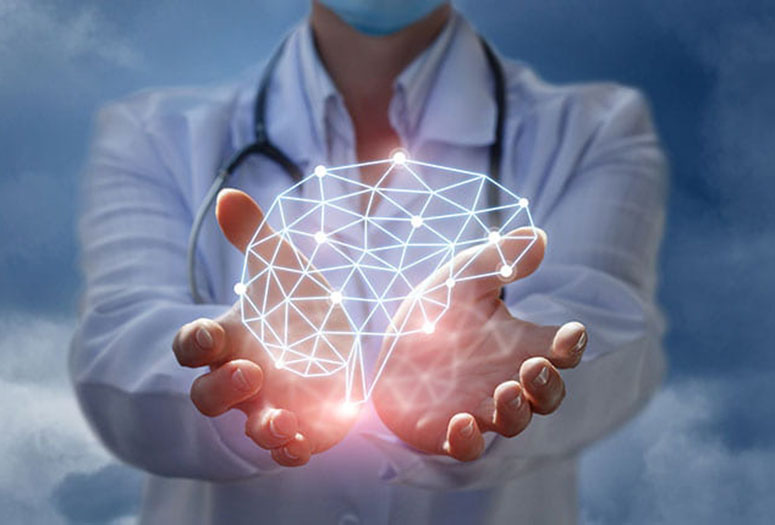 Center for Translational Neural Prosthetics and Interfaces to focus on restoring brain function after disease, injury

HOUSTON – (April 6, 2021) – Neurosurgery's history of cutting diseases out of the brain is morphing into a future in which implanting technology into the brain may help restore function, movement, cognition and memory after patients suffer strokes, spinal cord injuries and other neurological disorders. Rice University and Houston Methodist have forged a partnership to launch the Center for Translational Neural Prosthetics and Interfaces, a collaboration that brings together scientists, clinicians, engineers and surgeons to solve clinical problems with neurorobotics.

"This will be an accelerator for discovery," said center co-director Dr. Gavin Britz, chair of the Houston Methodist Department of Neurosurgery. "This center will be a human laboratory where all of us — neurosurgeons, neuroengineers, neurobiologists — can work together to solve biomedical problems in the brain and spinal cord. And it's a collaboration that can finally offer some hope and options for the millions of people worldwide who suffer from brain diseases and injuries."

"The Rice Neuroengineering Initiative was formed with this type of partnership in mind," said center co-director Behnaam Aazhang, Rice's J.S. Abercrombie Professor of Electrical and Computer Engineering, who also directs the neuroengineering initiative, which launched in 2019 to bring together the brightest minds in neuroscience, engineering and related fields to improve lives by restoring and extending the capabilities of the human brain. "Several core members, myself included, have existing collaborations with our colleagues at Houston Methodist in the area of neural prosthetics. The creation of the Center for Translational Neural Prosthetics and Interfaces is an exciting development toward achieving our common goals."

The physical space for the center's operation includes more than 25,000 square feet of Rice Neuroengineering Initiative laboratories and experimental spaces in the university's BioScience Research Collaborative, as well as an extensive build-out underway at Houston Methodist's West Pavilion location that's expected to be completed late this year. The Houston Methodist facility will include operating rooms and a human laboratory where ongoing patient/volunteer diagnosis and assessment, device fabrication and testing, and education and training opportunities are planned.

"This partnership is a perfect blend of talent," said Rice's Marcia O'Malley, a core member of both the new center and university initiative and the Thomas Michael Panos Family Professor in Mechanical Engineering. "We will be able to design studies to test the efficacy of inventions and therapies and rely on patients and volunteers who want to help us test our ideas. The possibilities are limitless."

Houston Methodist neurobiologist Philip Horner describes the lab as "a merging of wetware with hardware," where robotics, computers, electronic arrays and other technology — the hardware — is incorporated into the human brain or spinal cord — the wetware. The centerpiece of this working laboratory is a zero-gravity harness connected to a walking track, with cameras and sensors to record feedback, brain activity and other data.

While the Houston Methodist space is being built, collaborations already are underway between the two institutions, which sit across Main Street from one another in the Texas Medical Center. Among them are the following:

This news release can be found at news.rice.edu and houstonmethodist.org/newsroom/news-events.

About Rice University
Located on a 300-acre forested campus in Houston, Rice University is consistently ranked among the nation's top 20 universities by U.S. News & World Report. Rice has highly respected schools of Architecture, Business, Continuing Studies, Engineering, Humanities, Music, Natural Sciences and Social Sciences and is home to the Baker Institute for Public Policy. With 3,978 undergraduates and 3,192 graduate students, Rice's undergraduate student-to-faculty ratio is just under 6-to-1. Its residential college system builds close-knit communities and lifelong friendships, just one reason why Rice is ranked No. 1 for lots of race/class interaction and No. 1 for quality of life by the Princeton Review. Rice is also rated as a best value among private universities by Kiplinger's Personal Finance.